The two military sects cooperated in another airtime military exercise last week; The drill centered around combat readiness; Spokesperson: The exercise represents an important milestone in the strengthening of international-strategic cooperation between Israel and the American air force.

Last week, the Israeli Air Force (IAF) and United States Air Force (USAF) partnered in another airtime exercise over the Negev region of southern Israel. The drill, ‘Desert Falcon’, emphasized combat readiness, even simulating different combat scenarios. Desert Falcon is the latest in a series of joint military exercises between Israel and the US since the Jewish State joined CENTCOM (United States Central Command) last year.

In a statement released on Sunday, the IDF said, “The Israeli air teams flew ‘shoulder-to-shoulder’ with American teams and simulated joint responses to aerial threats and strikes on targets, through education, cooperation, and mutual growth.”

The exercise, according to a spokesperson for the Israel Defense Forces (IDF), “represents an important milestone in the strengthening of international-strategic cooperation between Israel and the American air force, and it contributes to the readiness of our troops.”

Citing a source from the IDF, The Times of Israel reported that the IAF utilized F-16 fighter jets and intelligence-gathering planes, while the USAF also used F-16s. Additionally, the drill was initiated from the Ovda Air Base. 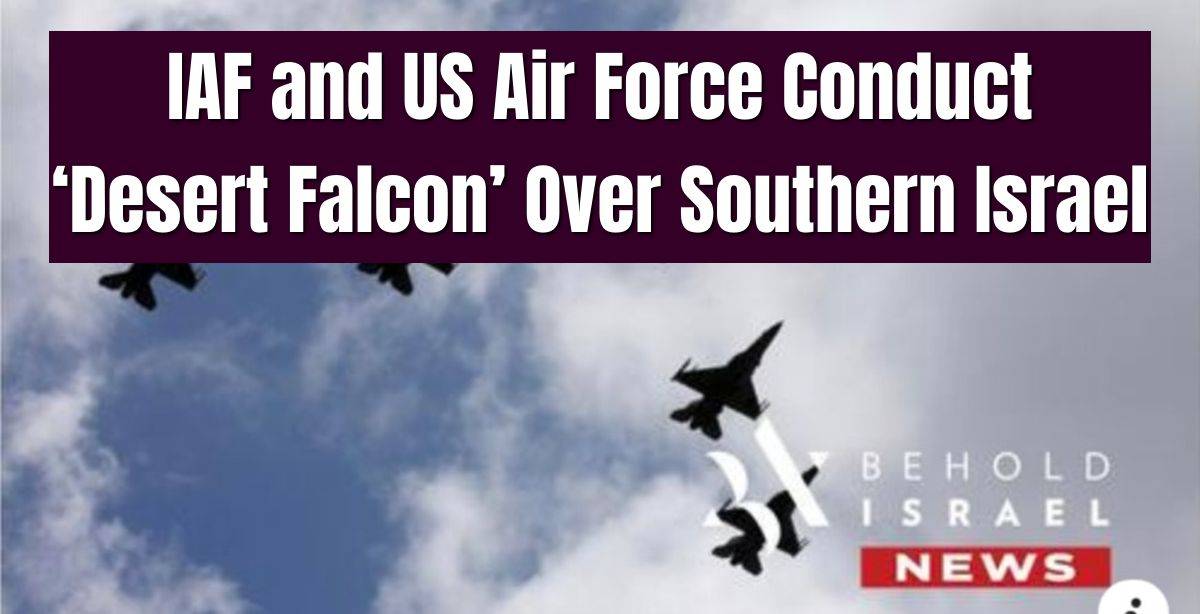