The observance of Holocaust Remembrance Day (Yom HaShoah) will begin on Wednesday evening in Israel and will be observed by Jews around the world. Yom HaShoah is committed to commemorating the millions of Jewish lives lost throughout the Holocaust that took place during World War II.

Holocaust Remembrance Day, or Yom HaShoah יום השואה, is set to begin on Wednesday evening as the Jewish community in Israel and abroad remembers the horrific events and lives lost throughout the Holocaust of the 1930s and 1940s. Over six million members of the Jewish community were killed under the Nazi regime headed by the notorious Adolf Hitler, of which more than 1.5 million were children.

As noted by the United States Holocaust Memorial Museum (USHMM):

“Driven by a racist ideology that viewed Jews as “parasitic vermin” worthy only of eradication, the Nazis implemented genocide on an unprecedented scale. All of Europe’s Jews were slated for destruction: the sick and the healthy, the rich and the poor, the religiously orthodox and converts to Christianity, the aged and the young, even infants. Thousands of Jewish children survived this brutal carnage, however, many because they were hidden. With identities disguised and often physically concealed from the outside world, these youngsters faced constant fear, dilemmas, and danger. Theirs was a life in shadows, where a careless remark, a denunciation, or the murmurings of inquisitive neighbors could lead to discovery and death.”
Yom HaShoah means “day of remembrance of the Catastrophe and the Heroism.” You will note that this day of remembrance, one of the most sacred days on the Jewish calendar, begins on the 27th of Nisan on the Hebrew calendar. This was the date Jewish resistance fighters began a revolt against the Nazis in 1943 at the Warsaw Ghetto in an attempt to make a stand and prevent more Jews from being transported to death camps. It was a statement of freedom.

Often, Yom HaShoah will be observed by reviewing stories of those who survived the Holocaust. Some people will even light candles in memory of those who died. It is also a tradition for Israel to sound a siren throughout the country at 10:00 AM (Thursday) that brings everyone to a stop for two minutes. Even vehicles on the highway will stop, and the driver will get out of the car to join others in honoring the victims. Flags around Israel will be lowered to half-mast.

Suppose you ever have an opportunity to visit Yad Vashem. In that case, you will note that there are several different exhibits that provide a historical account of what took place during one of the world’s darkest hours. One of these exhibits, the Children’s Memorial, offers a continuous recording that lists the “names of murdered children, their ages and countries of origin” one by one.

Undoubtedly, you will experience an eerie feeling as you’re confronted with the reality of how evil the heart of man truly is. 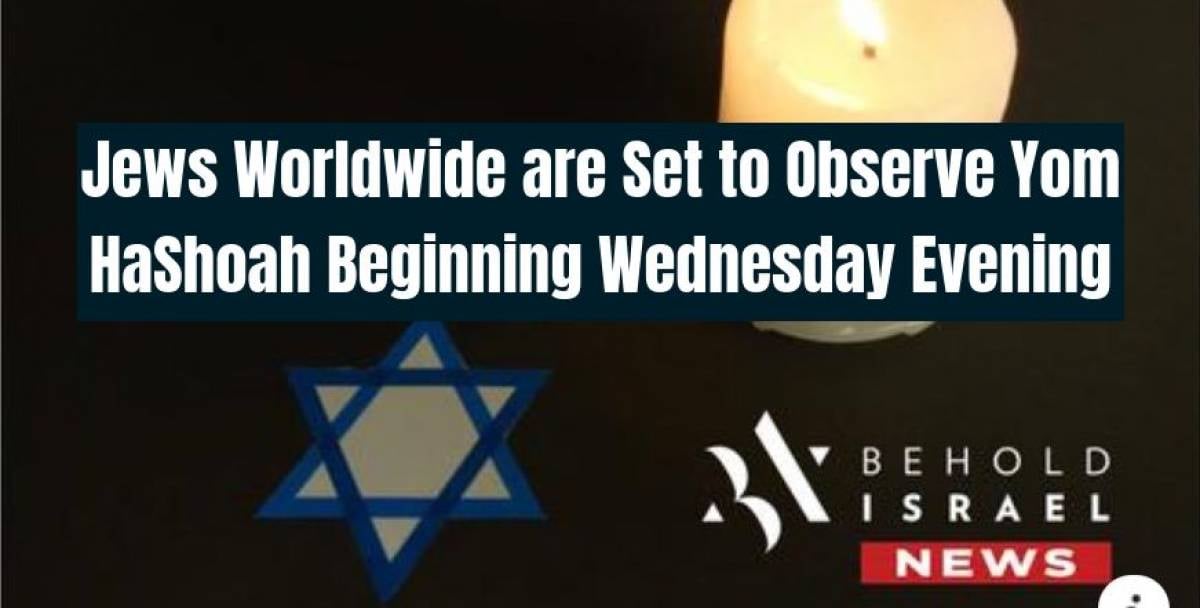