The Ukrainian ambassador to Israel revealed this week that the country is certain to recognize Jerusalem as the capital of Israel shortly, accompanied by the opening of an embassy; Korniychuk: As soon as I get permission, I will do it immediately.

In another blow to the Palestinian agenda by the international community, Ukrainian Ambassador to Israel Yevgen Korniychuk revealed this week that Ukraine is undoubtedly moving towards recognizing Jerusalem as the “one and only” capital of Israel. The comments from the ambassador reportedly surfaced at a recent event celebrating the 30 years of friendship between the two countries.

One source reported that the ambassador even said, “No foreign minister or ambassador can call Jerusalem anything but the capital of Israel.”

According to multiple sources, Korniychuk said, “Recognition of Jerusalem as the capital of Israel is a matter of months, not years.” Furthermore, concerning the possibility of Ukraine opening an embassy in Jerusalem, he added, “As soon as I get permission, I will do it immediately.”

After the Trump administration formally recognized Jerusalem as the capital in 2017, several European countries opposed the move in fear of jeopardizing relations with the Palestinians. 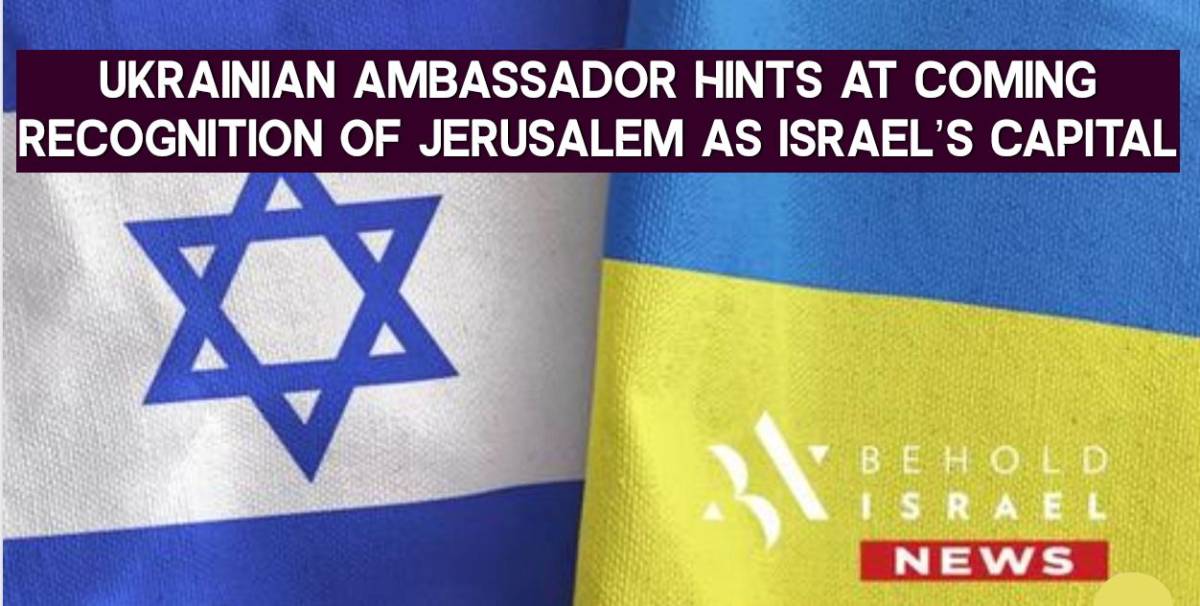