Mike Golay: Where are we at on the Prophetic Timeline? - Amir Tsarfati Ministries (August-27-2021)

Amir Tsarfati Ministries (August-27-2021) Watch Mike Golay: Where are we at on the Prophetic Timeline? It’s been 2000 years since Jesus said that He would soon return. Despite the long gap in time, today many are saying that now is the day of His arrival. Is that true or is it just wishful thinking? In his new video, Where are We on the Prophetic Timeline?, Pastor Mike Golay asks the question, “Are we really in the end times?” He then puts that question to eight biblical tests. Taking Scripture and comparing it to what we see in modern culture, religion, and geopolitical relationships, Pastor Mike presents facts, not opinion. Finally, using what we’ve learned, he is able to mark where we likely are on the prophetic timeline - a place nearer than we’ve ever been to the return of our Lord. 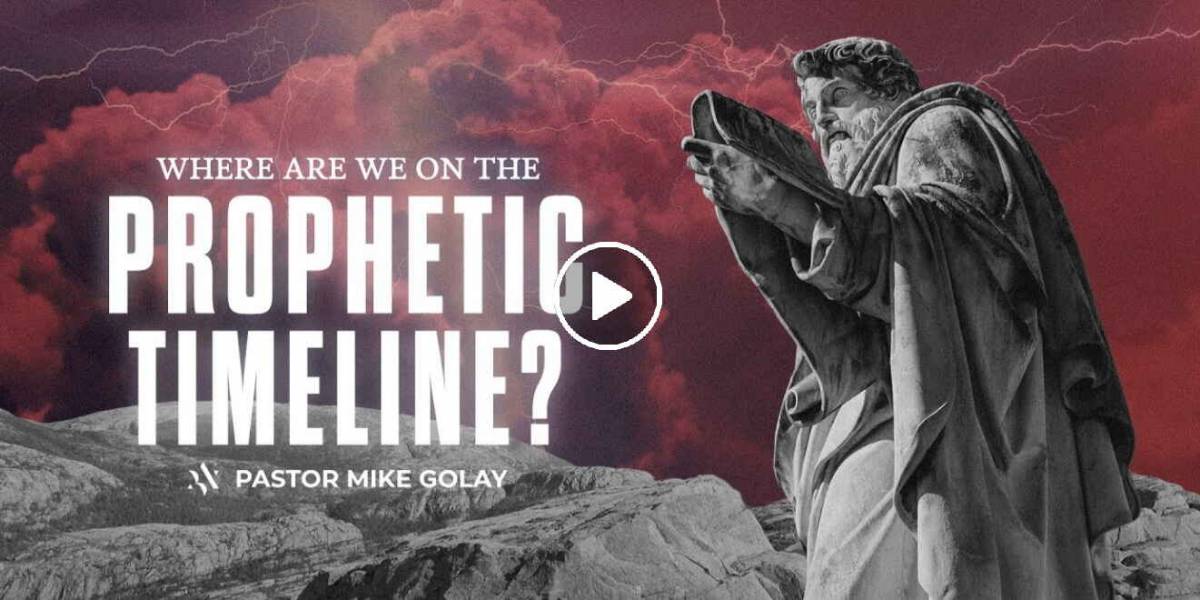