After a while (in 1967), Joyce married Dave Meyer for the second time, an engineer of drawings. They have 4 adult children.

The early Joyce Meyers Ministries began in 1976 - she was a Bible teacher. First, Joyce began preaching the Bible in a local cafeteria, later in a local Lutheran church. In the eighties she became a pastor's assistant. After several years, the church became very popular in many ways thanks to the Joyce Meyers service. At the same time, Joyce began to speak on the radio - local radio station allocated 15 minutes for her service.

The breast cancer experienced by Joyce Meyer became the subject of the book Look Great, Feel Great: 12 Keys to Enjoying a Healthy Life Now. In which she set out her experience of victory over the disease.

In the mid-eighties, Joyce Meyer left her former ministry and founded her own church, which in the beginning was called "Life in the Word". Her ministry was broadcasted on six radio stations. In the 93rd, she held her service on television in a studio in Chicago for the first time. Over time, the television Joyce Meyers Ministries became very popular and reached several million viewers. According to the Time magazine, Joyce Meyer was one of the most influential Evangelicals in the United States.

At the moment, Joyce Meyers Ministries covers more than 30 countries. The central office employs more than 600 people, in the regional - more than 300 people.

Service the Hand of Hope

The ministry of the Hand of Hope is an important part of the world Joyce Meyer Ministries – its goal is to validate the truth of God's gospel with real affairs. The geography of the ministry is the whole world, the objects of service are the suffering and poor.

Life and personal experience have become a kind of visiting card of the Joyce Meyers Ministry. For more than fifty years, she has been bringing God's gospel to the people, reinforcing the sermons with her life experience.

Criticism of the Joyce Meyers Ministries

Although Joyce Meyers Ministries is very successful and versatile, it is worth paying attention to the critical moments of the ministry:

The ministry of Joyce Meyer has a great influence in the modern Christian world, thanks to her ministry, millions of people have heard the Gospel, but one shouldn’t forget about criticism that can be fully justified.

Whatever it was, listening to sermons, weigh everything on the scales of the Bible and draw conclusions! 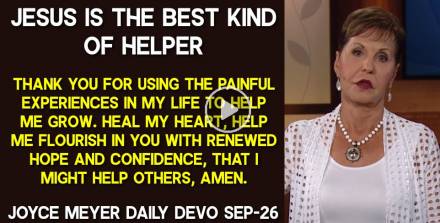 Joyce Meyer (September-26-2022) Daily Devotional: Jesus Is the Best Kind of Helper Have you ever tried to figure out how to make a gadget or an electronic device work properly? That kind of thing comes easily to people who know a lot about technology. But it can be very frustrating…
Read more... 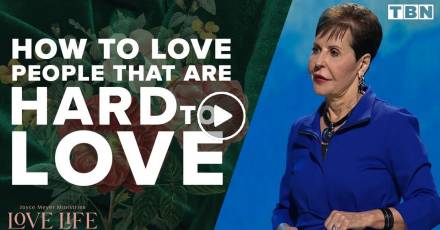 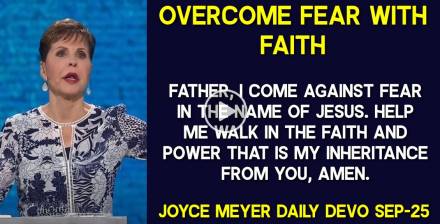 Joyce Meyer (September-25-2022) Daily Devotional: Overcome Fear with Faith. Have you ever thought how great it would be if you could live without ever having to deal with fear? Of course, there are healthy fears that alert you to danger in time to avoid it—and these are good because they…
Read more... 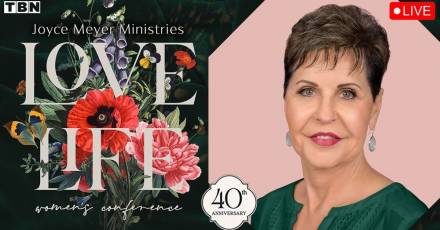 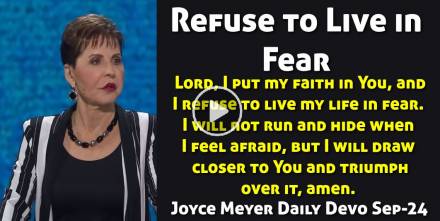 Joyce Meyer (September-24-2022) Daily Devotional: Refuse to Live in Fear. Back when I married my husband, Dave, in 1967, I constantly deflected his love rather than received it, because of the way I felt about myself down deep inside. Fear causes a person to run, retreat, or shrink back. A…
Read more... 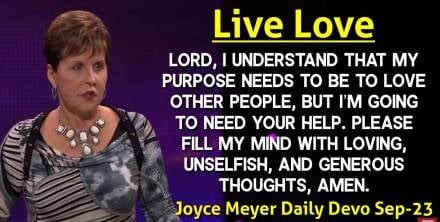 Joyce Meyer (September-23-2022) Daily Devotional: Live Love. From start to finish, in all kinds of ways, God's Word encourages and challenges us to love other people; it is the example Jesus set for us throughout His life and ministry on Earth. If you truly desire to love others the way…
Read more... 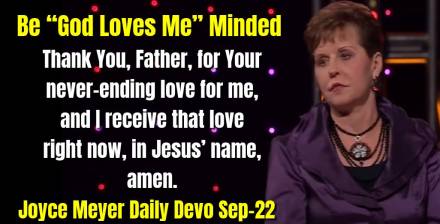 Joyce Meyer (September-22-2022) Daily Devotional: Be “God Loves Me” Minded. I remember when I began my ministry. When I was preparing for my first meeting, I asked the Lord what He wanted me to teach, and what came to my heart was, “Tell My people I love them.” "They know…
Read more...

Loving People Who Are HARD to Love - Joyce Meyer 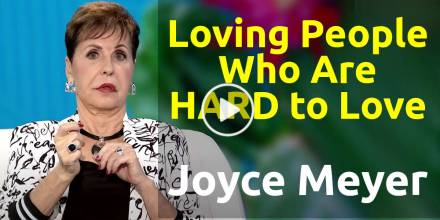 Loving People Who Are HARD to Love - Joyce Meyer. Joyce Meyer joins Matt and Laurie Crouch on TBN's Praise. Listen in as Joyce Meyer shares how loving and forgiving others can be your biggest blessing. The promises God has for you are on the way, but the first step…
Read more... 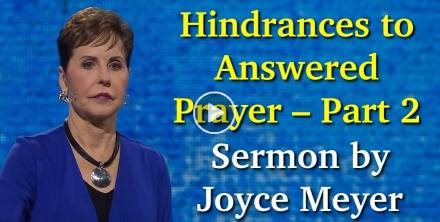 Joyce Meyer - Watch Sermon: Hindrances to Answered Prayer – Part 2. Today Joyce continues discussing some of the hindrances to prayer, including doubt. Learn how to truly believe God is working before you ever see the results.
Read more... 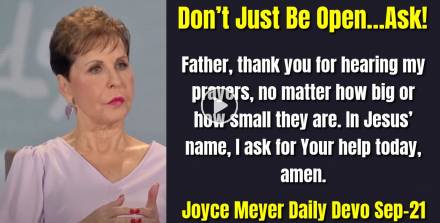 Joyce Meyer (September-21-2022) Daily Devotional: Don’t Just Be Open…Ask! God loves you very much and wants to help you, but you need to ask Him to. A man told me recently that when he feels overwhelmed, he lifts up one hand toward heaven and says, "Come get me, Jesus." God…
Read more...
Page 1 of 395