Lets look at Roman 20:1 For the invisible things of him from the creation of the world are clearly seen. So the creation of the world, reveals the invisible Majesty of the God, and the invisible power of God.
Do you know the Godhead (trinity) is revealed through creation. Take a look at a tree, it is trinity, because you have branches and leaves – that is the trinity. We are a trinity and everything we look around in the world is a trinity. So look at the Sun, that gives heat and light, that is a trinity. If you want to understand God look at the Sun, God the father is just like the sun, the star (planet), the son, Jesus, is the light and the Holy Ghost is the heat. So God’s amazing creation is a revelation to us.
So let’s look at Proverb 30:18, there will be three things which are to wonderful for me God says: The way of an eagle in the sky, the way of a snake on a rock, the way of a ship at sea, and the way of a man with a maiden.
See yourself as an eagle believer, because the eagle is made for heaven and heaven is made for the eagle. Now the Bible says Deuteronomy 32:11, As an eagle stirs up its nest and hovers over its young, she spread her wings to catch them and carried them on her pinions.
Say to yourself, I am a devil’s Mater.
The enemy wants you to believe you are not a master of Devils or sin or passion or appetites or the world. Yet the bible tells us we are master in this world. If you look at Roman Chapter 5 verse 17, For if by one man's offence death reigned by one; much more they which receive abundance of grace and of the gift of righteousness shall reign in life by one, Jesus Christ. So we reign in life by Jesus. Adam caused people to be servants, “by one’s offense reigned.” So humanity became a servant of death.
There are two kinds of eagles in Israel, an Imperial Eagle (speaks of the Christian – the king of birds) and a Golden Eagle (speaks of the nature of God,) So lets us become the eagles we are supposed to be, the Imperial Eagle, the kingly eagle, the one that reigns.
We have both eagles in us, we are kings and we have God’s nature. So rise up and become who we suppose to be.
Ok eaglets feeding time is over, it’s to fly, and mama eagle begins to tear up the nest apart, she begins to tear the comfort apart, and now all there is left with are sticks and discomfort. So starts stretching out our wings and let’s fly. 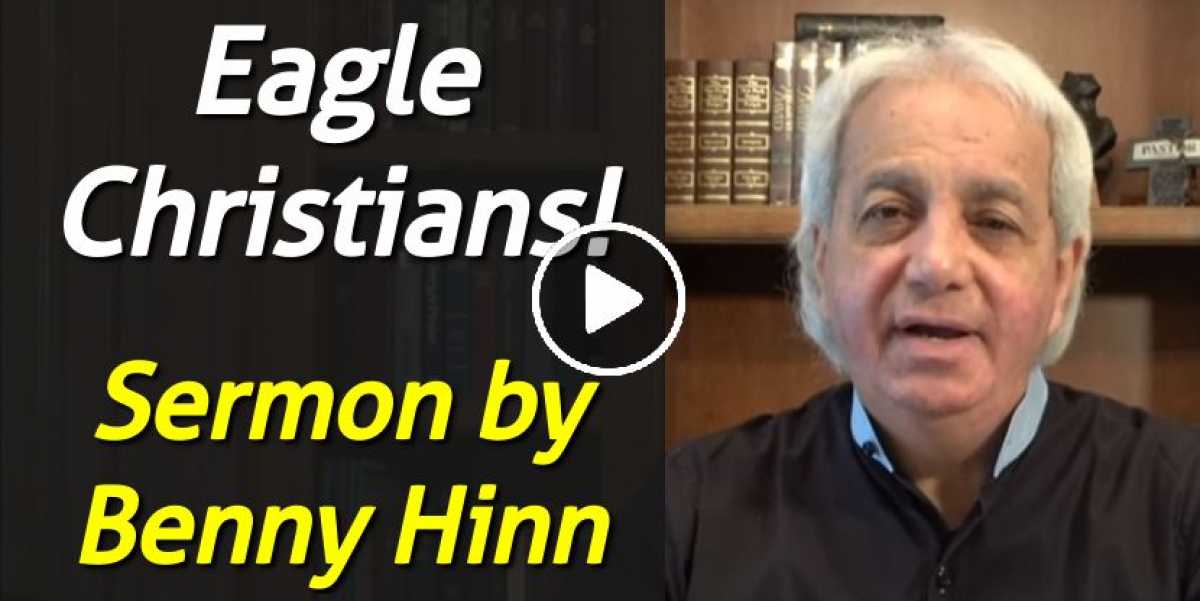 Toufik Benedictus "Benny" Hinn (born 3 December 1952) is an Israeli Christian televangelist, best known for his regular "Miracle Crusades"—revival meeting or faith healing summits that are usually held in stadiums in major cities, which are later broadcast worldwide on his television program, This Is Your Day.

Biography: Hinn was born in Jaffa, in 1952, in the then newly established state of Israel to parents born in Palestine with Gre ...