SCRIPTURE:
For if by one man’s offence death reigned by one; much more they which receive abundance of grace and of the gift of righteousness shall reign in life by one, Jesus Christ. (Romans 5:17)

DEVOTIONAL:
This week’s scripture not only says “grace” but an “abundance of grace.” An abundance of God’s unmerited favor. You may not deserve it, but you need to receive it. 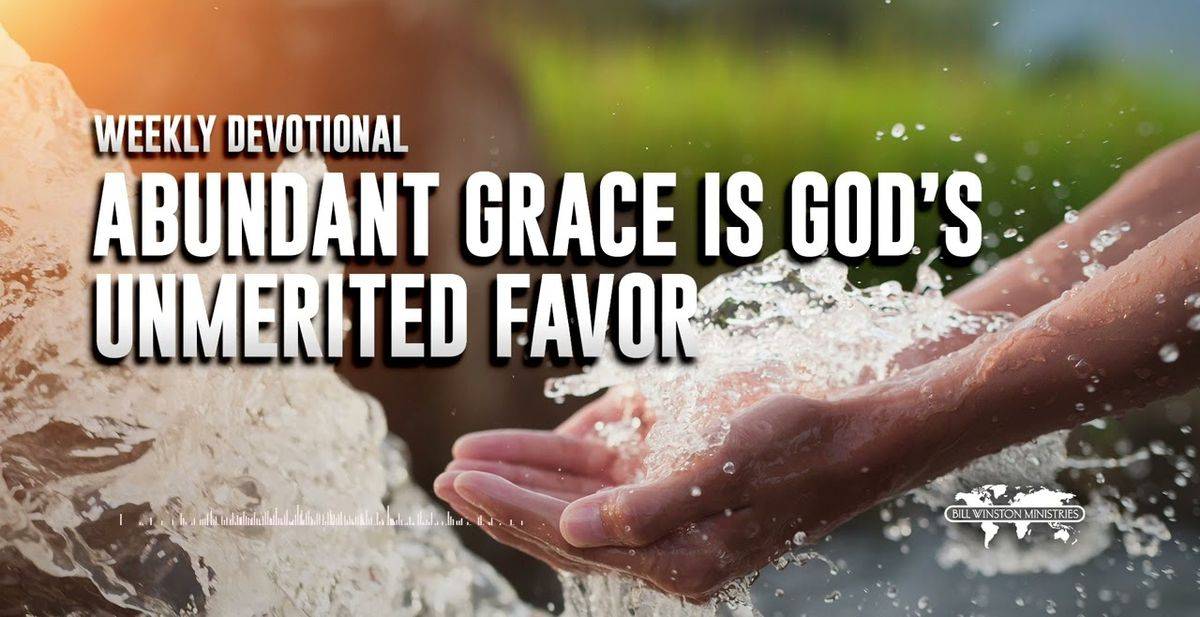