DEVOTIONAL:
Climbing to the Top Takes Faith
God wants you to live by your faith, not by someone else’s faith. This is an important issue in the Body of Christ. As I minister around the globe, it seems like faith is missing. I am talking about it’s missing among people who go to church, Christians. It seems like some Christians go to church because a relative goes there; or some people go just for entertainment…“Oh, they’ve got some good music down at that church!” 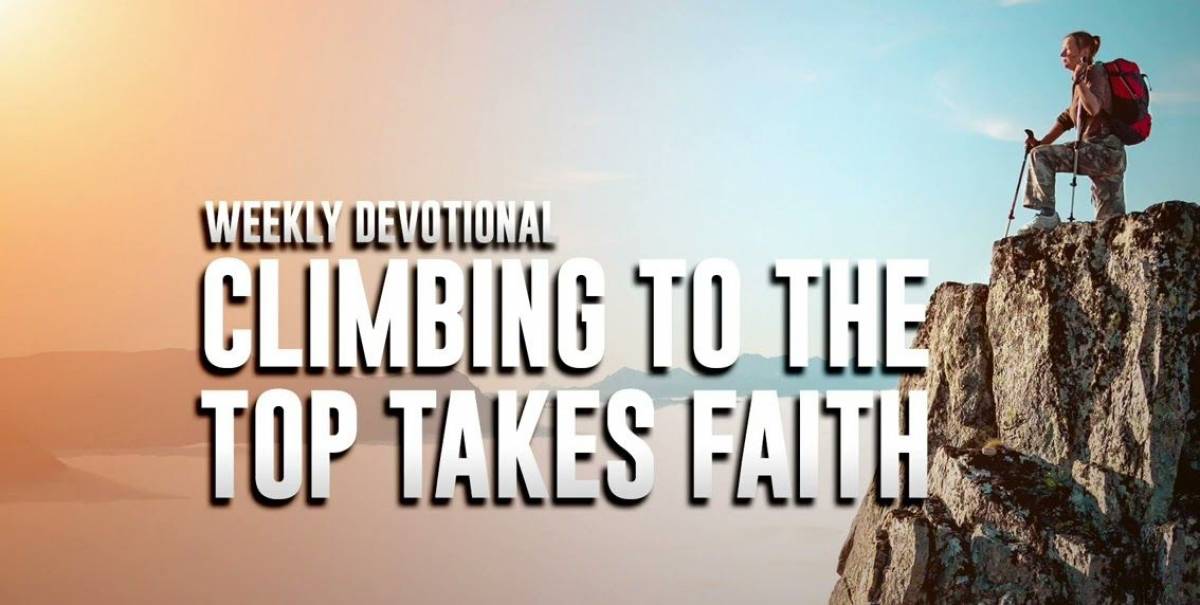