Bill Winston (May-09-2022) Weekly Devotional: It's Time to Shift the Culture

SCRIPTURE:
Then said Jesus to them again, Peace be unto you: as my Father hath sent me, even so send I you. (John 20:21)

DEVOTIONAL:
It’s Time to Shift the Culture
God is depending on the Body of Christ not only to evangelize the world with the gospel of Jesus Christ, but also to shift the culture of the earth back to the culture of the Kingdom of God. This is the same culture that Adam was to cultivate throughout the earth before he sinned. It is a culture where the laws, beliefs, and values of God, as written in the Bible, govern and guide the attitudes and actions of all its citizens. In simplest terms, a Kingdom culture is one where God is King. 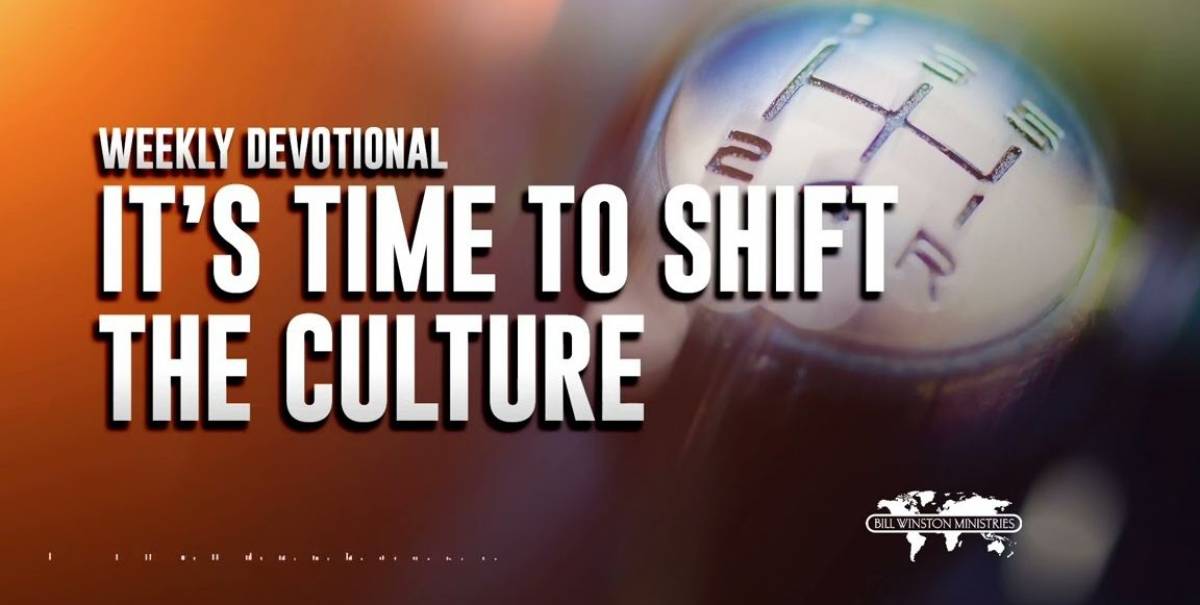