The Legacy of the Gospel - Billy Graham TV Special 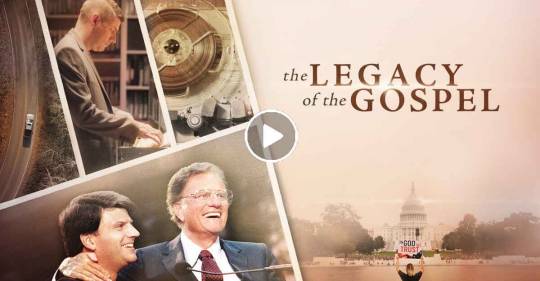 Billy Graham - Watch TV Special: The Legacy of the Gospel. Watch Will Graham explore his family history and chat with his father, Franklin Graham, about why they preach the Good News.
Read more...

Christ Is Our Hope - Billy Graham 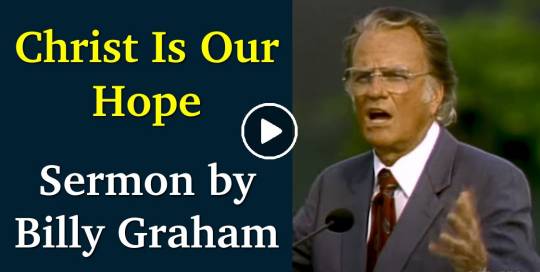 Billy Graham - Watch Sermon: Christ Is Our Hope. Billy Graham talks about the evil of our world and Christ's final return in this 1988 message from Rochester, New York.
Read more... 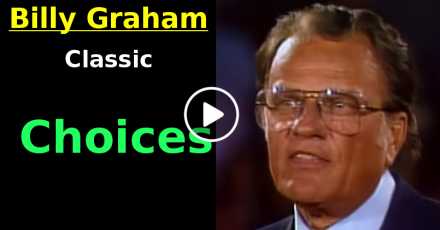 Billy Graham Classic - Choices. This year is full of crucial choices. But none are more important than the decision you make about Christ. If you’re struggling with indecision, listen to Billy Graham’s 1981 message from San Jose, California.
Read more...

Another Road, Another Chance - Billy Graham 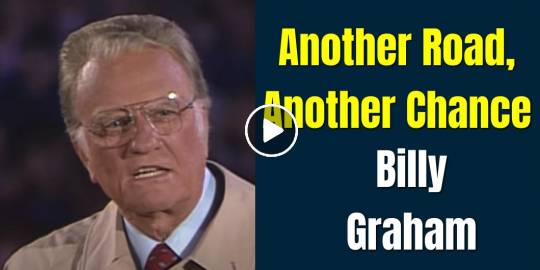 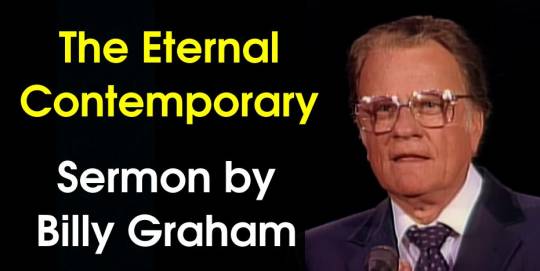 Billy Graham - Watch Sermon: The Eternal Contemporary "Why did He die?" In this 1986 message from Washington, DC, Billy Graham explains all that Jesus Christ did by dying on the cross and raising from the dead three days later. Jesus is the master of now and forever—and believing in…
Read more...

Billy Graham - We All Need a Savior 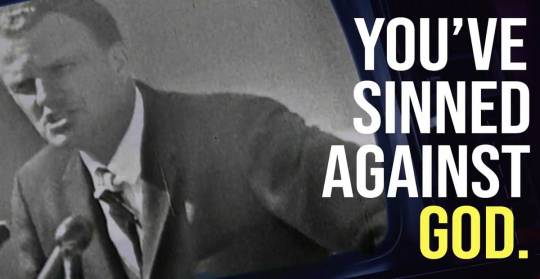 Billy Graham - Watch Message: We All Need a Savior. When it comes to God's Kingdom, your status won't save you. Hear more in this Billy Graham sermon clip.
Read more...
Page 1 of 36

Billy J. Graham 2023 became a famous evangelist in the late 40s of the 20th century. Many broadcasts, movies, television programs for believers saw the world thanks to him. Under his leadership, Billy Graham ministries became very active. Famous personalities and ordinary people listened to his guidance until 2014.

The unknown pastor didn’t become popular overnight. He moved persistently toward his goal, but he didn’t expect such a recognition for Billy Graham prayers: according to statistics, the audience who watched Billy Graham’s daily devotional reached an extraordinary amount of 2.5 billion people.

The preacher’s sermons touched on various spheres of life, ranging from the importance of God in every person’s life and ending with equal rights regardless of skin color.

The pastor's career began to develop rapidly since 1944. The list of achievements of the preacher Billy Graham contains the following points:

Over the years, Billy Graham preaching has been active in 185 countries on 6 continents. The pastor called for adherence to God's instructions. Billions of people heard Billy Graham’s sermons, and everyone has such a chance today!

After the founding of the Billy Graham Evangelistic Association, the preacher began to spread a lot of useful information among Christians. Billy Graham famous quotes appeared on weekly radio broadcasts, television programs, in a newspaper column. The association moved from place to place, but continued to stay active.

Billy Graham studies Bible and leads the educational project “My hope with Billy Graham.” The essence of his work was simple: church members spread the Gospel. Billy Graham’s videos “The Cross” were a key element of his education program.

The preacher died at the age of 99 and rests in the Billy Graham Library. The pastor was involved in politics and was a registered member of the Democratic Party. Over the years of his life, Graham advocated the equal rights of all people and urged Christians to live by the laws and help others.

Prayer line and other legacy of the pastor

The preacher’s work continues to live today. The Billy Graham organization provides support to those in need during difficult periods. Everyone can become a follower of this famous pastor and watch videos of his sermons. You can subscribe to the special newsletter on the Billy Graham website.

Followers of Billy Graham in continue to be active in real and virtual spaces. The telephone support line helps people in different parts of the world. The pastor teached how to find peace among the turmoil.