A Courageous Life – Charles Stanley Daily Devotion (July-29-2020).  Our courage grows when we depend on God's power and presence with us.

Ephesians 1:18-21 ( 18 I pray that the eyes of your heart may be enlightened, so that you will know what is the hope of His calling, what are the riches of the glory of His inheritance in the saints, 19 and what is the surpassing greatness of His power toward us who believe. These are in accordance with the working of the strength of His might 20 which He brought about in Christ, when He raised Him from the dead and seated Him at His right hand in the heavenly places, 21 far above all rule and authority and power and dominion, and every name that is named, not only in this age but also in the one to come.)

When we recognize God’s presence with us, courage starts to develop in us. It grows as we draw on His strength. Without God’s power, we’ll find that hardship and stress drain us emotionally and hurt us physically, leaving us vulnerable to Satan’s attacks.

After 40 years of wandering, the nation of Israel was in such a state. They should have believed the two spies who trusted in the Lord’s presence and power. But instead, allowing their weakness to hold sway, the people sided with the remaining ten spies, who claimed the Canaanite obstacles were too great (Num. 13:26-32

"26 they proceeded to come to Moses and Aaron and to all the congregation of the sons of Israel in the wilderness of Paran, at Kadesh; and they brought back word to them and to all the congregation and showed them the fruit of the land. 27 Thus they told him, and said, We went in to the land where you sent us; and it certainly does flow with milk and honey, and this is its fruit. 28 Nevertheless, the people who live in the land are strong, and the cities are fortified and very large; and moreover, we saw the descendants of Anak there. 29 Amalek is living in the land of the Negev and the Hittites and the Jebusites and the Amorites are living in the hill country, and the Canaanites are living by the sea and by the side of the Jordan." 30 Then Caleb quieted the people before Moses and said, We should by all means go up and take possession of it, for we will surely overcome it." 31 But the men who had gone up with him said, We are not able to go up against the people, for they are too strong for us." 32 So they gave out to the sons of Israel a bad report of the land which they had spied out, saying, The land through which we have gone, in spying it out, is a land that devours its inhabitants; and all the people whom we saw in it are men of great size").

In contrast, Paul faced the Roman tribunal after enduring great hardship but was not dismayed, because God stood with him and strengthened him. Times of helplessness and weakness are in reality opportunities to receive an abundance of divine power (Phil. 4:13 "I can do all things through Him who strengthens me").

Being yielded to God’s purposes is essential for developing courage. Paul knew God had a plan for every event in his life—even the hardest ones. Instead of seeking a way out of trials, accept God’s way, and you’ll find courage welling up from within. Imagine yourself standing next to God, drawing on His strength. 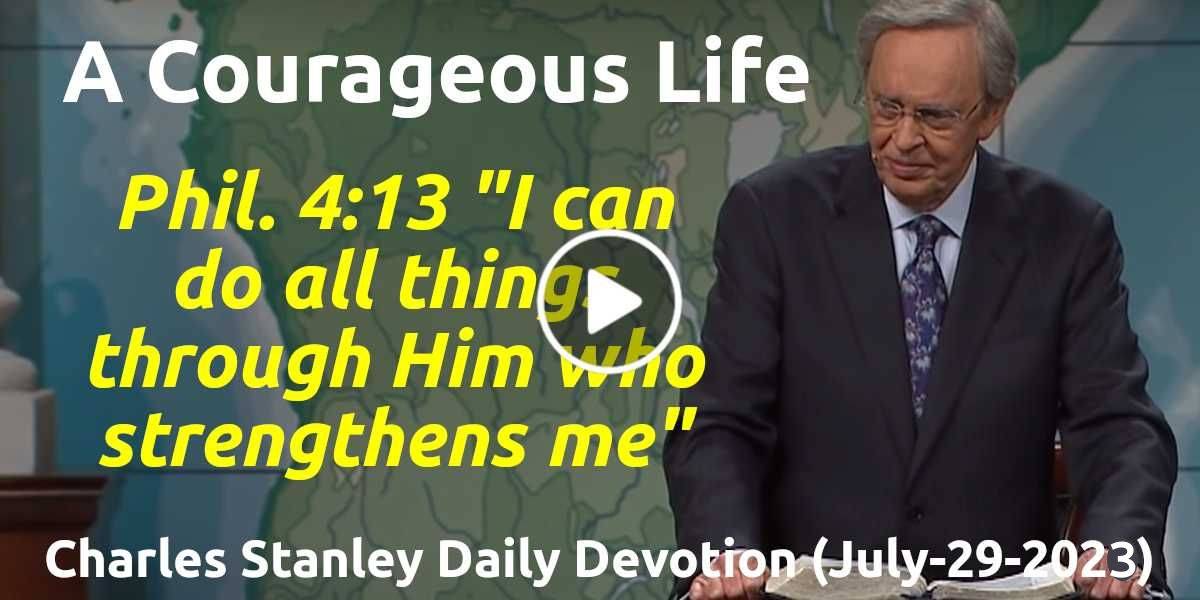