We must let go of our self-centeredness if we hope to obey in a God-honoring way.

Jonah 4 - But it greatly displeased Jonah and he became angry. He prayed to the LORD and said, ``Please LORD, was not this what I said while I was still in my own country? Therefore in order to forestall this I fled to Tarshish, for I knew that You are a gracious and compassionate God, slow to anger and abundant in lovingkindness, and one who relents concerning calamity. ``Therefore now, O LORD, please take my life from me, for death is better to me than life." The LORD said, ``Do you have good reason to be angry?" Then Jonah went out from the city and sat east of it. There he made a shelter for himself and sat under it in the shade until he could see what would happen in the city.  So the LORD God appointed a plant and it grew up over Jonah to be a shade over his head to deliver him from his discomfort. And Jonah was extremely happy about the plant. But God appointed a worm when dawn came the next day and it attacked the plant and it withered. When the sun came up God appointed a scorching east wind, and the sun beat down on Jonah's head so that he became faint and begged with all his soul to die, saying, ``Death is better to me than life." Then God said to Jonah, ``Do you have good reason to be angry about the plant?" And he said, ``I have good reason to be angry, even to death." Then the LORD said, ``You had compassion on the plant for which you did not work and which you did not cause to grow, which came up overnight and perished overnight. ``Should I not have compassion on Nineveh, the great city in which there are more than 120,000 persons who do not know the difference between their right and left hand, as well as many animals?"

As children, we have a natural determination to get our own way, and though this trait is usually tempered as we age, it never really leaves us. Even after salvation, we still have some sinful, self-centered tendencies, which the Bible calls “the flesh” (Gal. 5:17 - For the flesh sets its desire against the Spirit, and the Spirit against the flesh; for these are in opposition to one another, so that you may not do the things that you please). We all retain habits, attitudes, and thought patterns that must be relinquished if we’re to submit to God’s will.

As we saw yesterday, Jonah ultimately did what the Lord commanded and saw a great revival in Nineveh. However, he was still controlled by his self-centered attitude and so angry that he preferred to die rather than see the Ninevites saved (Jonah 4:3). He wanted mercy for himself but not for his enemies.

Jonah’s bitterness shows that stubbornly clinging to our self-focus is a snare for our spirit. Pride, anger, resentment, and self-pity are like thick weeds in our path, preventing us from moving forward. But if we give in to such feelings, we’ll steep in emotional turmoil, just as Jonah did. Thankfully, God works in our life to set us free from these hindrances so we can become more like Christ. 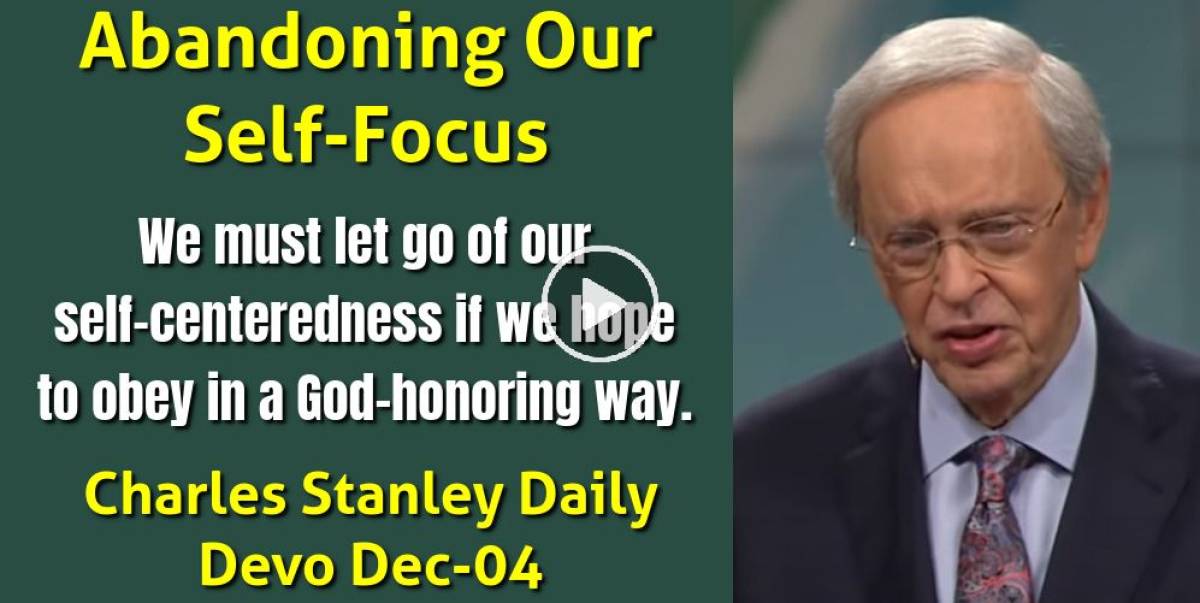