All That Is in the World – Charles Stanley Daily Devotion (July-24-2020). The world isn't inherently bad, but we must be aware of mankind’s propensity to sin.

John warns us not to love the world or the things in it. But what is the world? The apostle isn’t talking about the material realm, so there’s no need to deprive ourselves of everything we enjoy in life. Rather, he is reminding us that every good desire can be perverted by sinful longings and pride.

The nature of the world system is seen in the behaviors, attitudes, and ambitions of our culture:

Immorality. Our society seeks to gratify lust in ways that God has forbidden. Immorality has even entered our homes through the internet and television.

Greed. The culture is driven by a desire for wealth, material possessions, fame, and power—and some people lie, cheat, steal, or kill to get what they want.

Pride. People are lovers of self and want to be seen as better than others. It’s common today to portray oneself falsely on social media in order to be admired.

Despite the sinful condition of our culture, we shouldn’t be discouraged. God is greater than the world’s power to entice, and His purposes aren’t thwarted by sin. He is able to guide us through the darkness as we trust and follow Him. 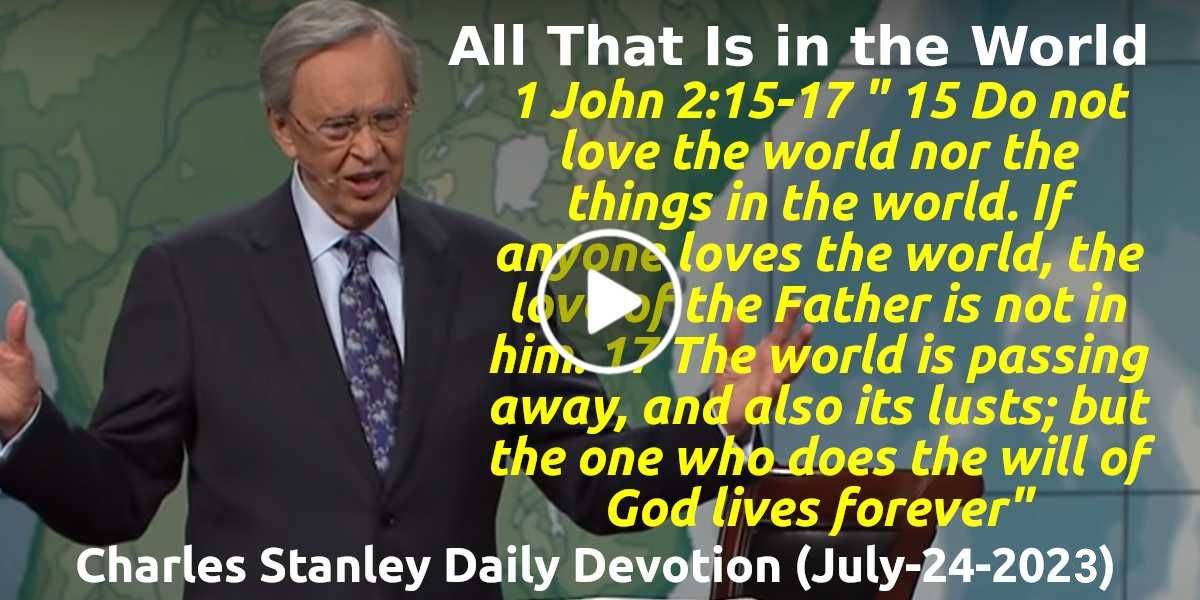