Charles Stanley (November-21-2020) Daily Devotion: Be Careful Who You Listen To.

Sometimes people make decisions they later regret because they listened to ungodly counsel. Here are four suggestions to help you discern what is wise, biblical advice:

Remember, living within each believer is the Counselor Himself—the Holy Spirit—who wants to help with all our decisions. Seek Him first and often. 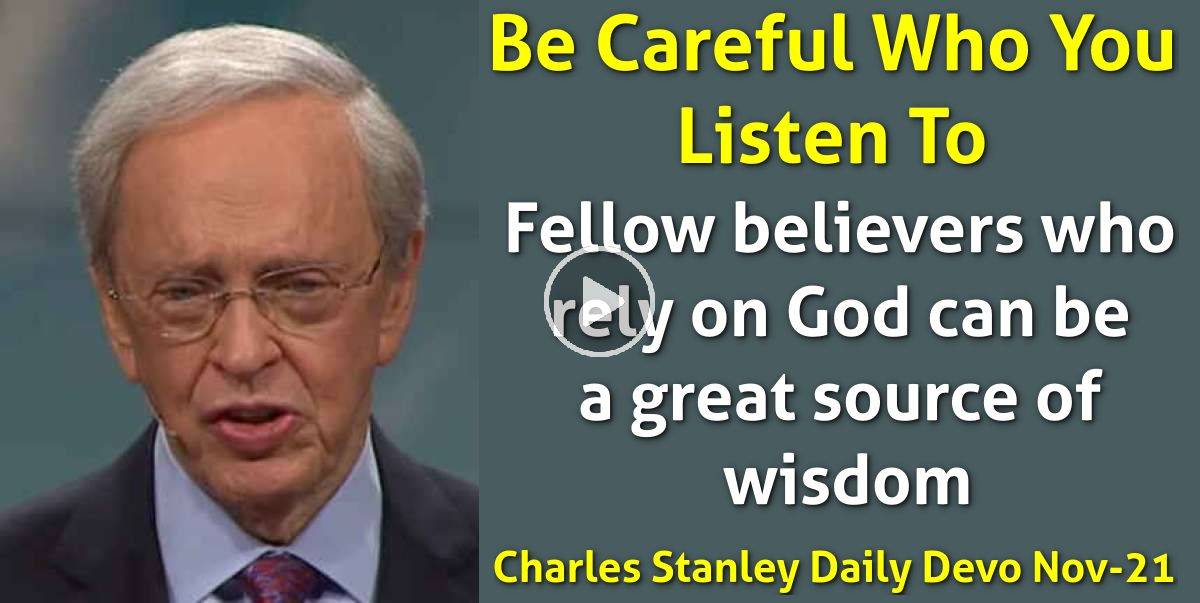