You don’t have to be prominent in the world’s eyes to be an influential person. Through your example and testimony, you can help others understand who Jesus Christ is and what it looks like to live for Him.

Scripture includes many examples of righteous men and women who were influential in their generation. One of them was Daniel, who was a godly influence not only on his friends but also on kings. Even as a youth, he was committed to obeying God’s law. Consequently, when Daniel was offered food from the Babylonian king’s table, he requested vegetarian meals instead, to comply with Jewish dietary restrictions. His commitment to the Lord outweighed any fear of reprisal for rejecting the royal provisions. And God protected Daniel by giving him favor with his overseer.

Although most of us won’t have an opportunity to influence global leaders, our example can impact a workplace, neighborhood, home, or future generations. As was true of Daniel, a godly example is rooted in obedience to Scripture because it’s the source of wisdom. In a world that is tossed about by upheaval, fear, and uncertainty, our confidence in the Lord stands out and influences those around us. 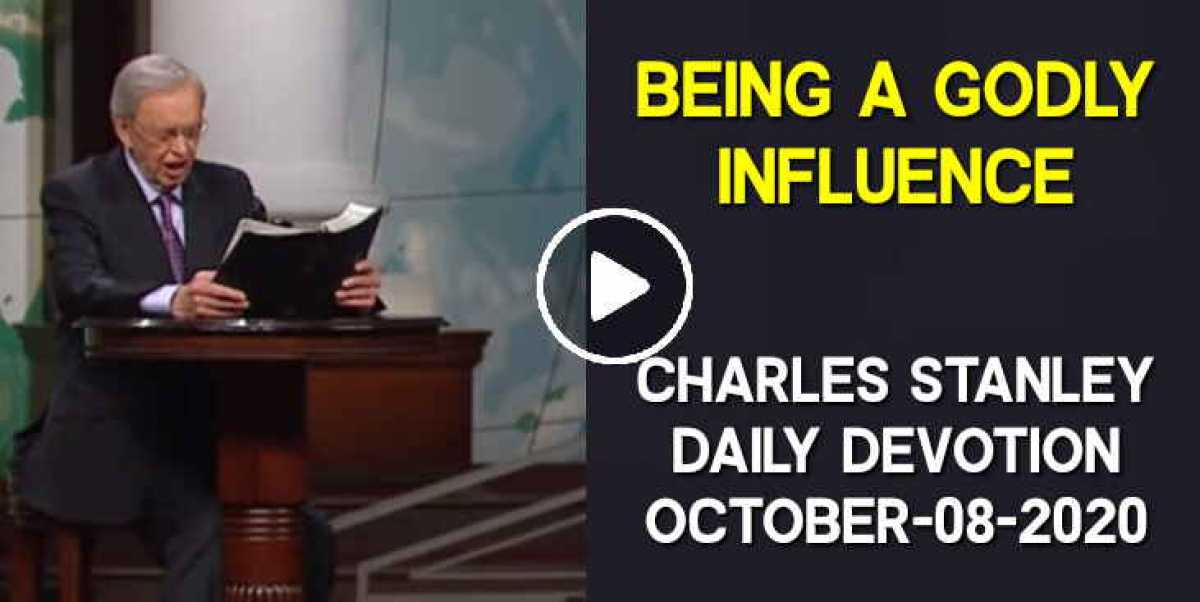