Strong, godly friendships like Jonathan and David’s are a blessing from the Lord.

1 Samuel 18:1-4 - Now it came about when he had finished speaking to Saul, that the soul of Jonathan was knit to the soul of David, and Jonathan loved him as himself. Saul took him that day and did not let him return to his father's house. Then Jonathan made a covenant with David because he loved him as himself. Jonathan stripped himself of the robe that was on him and gave it to David, with his armor, including his sword and his bow and his belt.

How many friends do you have? And I don’t mean the people you connect with on social media—I’m talking about the few who really know you and stick with you through thick and thin. Such mutual friendships are rare today.

What does it take to develop this kind of relationship? There could be no finer example than the friendship between David and Jonathan, and three qualities stand out.

1. The relationship was characterized by mutual respect. This often gets lost in today’s world, but the reality is that we can maintain a genuine friendship only with someone for whom we have high regard.

2. David and Jonathan felt strong love for one another. Even though they weren’t related, these two friends shared a relationship as deep and loyal as a brotherhood.

3. Their commitment to each other was genuine. These were no fair-weather friends. Their bond withstood even the attempts by King Saul to kill David. (See 1 Sam. 23:15-18 - Now David became aware that Saul had come out to seek his life while David was in the wilderness of Ziph at Horesh. And Jonathan, Saul's son, arose and went to David at Horesh, and encouraged him in God. Thus he said to him, ``Do not be afraid, because the hand of Saul my father will not find you, and you will be king over Israel and I will be next to you; and Saul my father knows that also." So the two of them made a covenant before the LORD; and David stayed at Horesh while Jonathan went to his house) Jonathan refused to let anything—not even his own father’s jealous fury—come between him and his friend.

Think about your best friend. Is the relationship characterized by these qualities? If so, recognize that you have been given a blessing from the Lord. Praise Him for the gift of your friend. 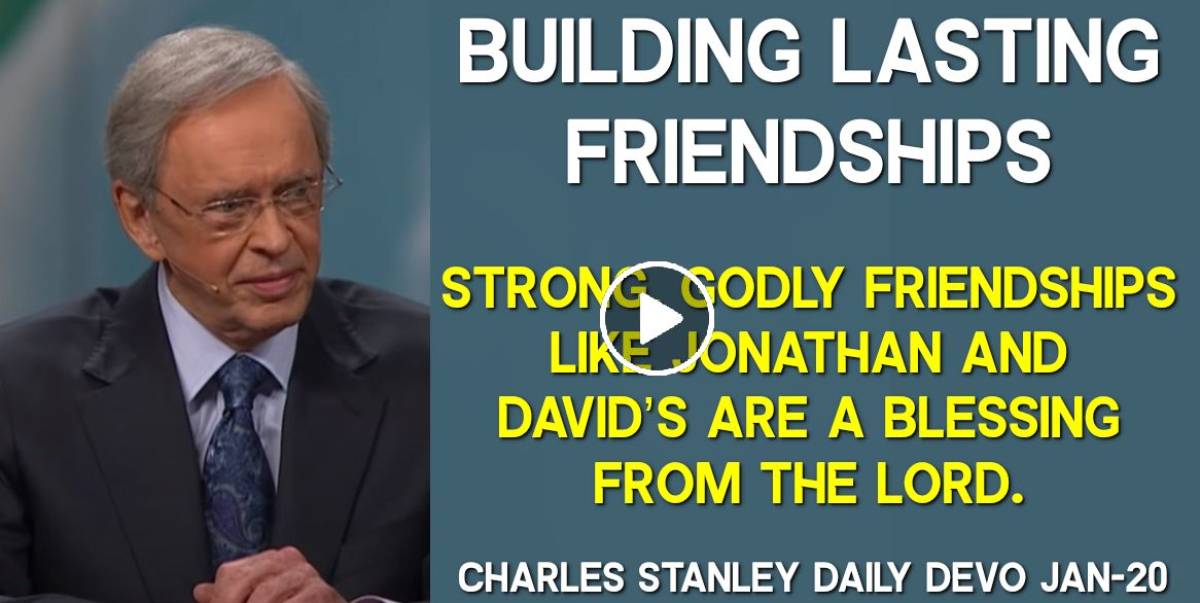