Because God is in control, we don't have to react to conflict with fear and anger.

Galatians 2:11-16 - But when Cephas came to Antioch, I opposed him to his face, because he stood condemned.

For prior to the coming of certain men from James, he used to eat with the Gentiles; but when they came, he began to withdraw and hold himself aloof, fearing the party of the circumcision.

The rest of the Jews joined him in hypocrisy, with the result that even Barnabas was carried away by their hypocrisy.

But when I saw that they were not straightforward about the truth of the gospel, I said to Cephas in the presence of all, ``If you, being a Jew, live like the Gentiles and not like the Jews, how is it that you compel the Gentiles to live like Jews?

``We are Jews by nature and not sinners from among the Gentiles; 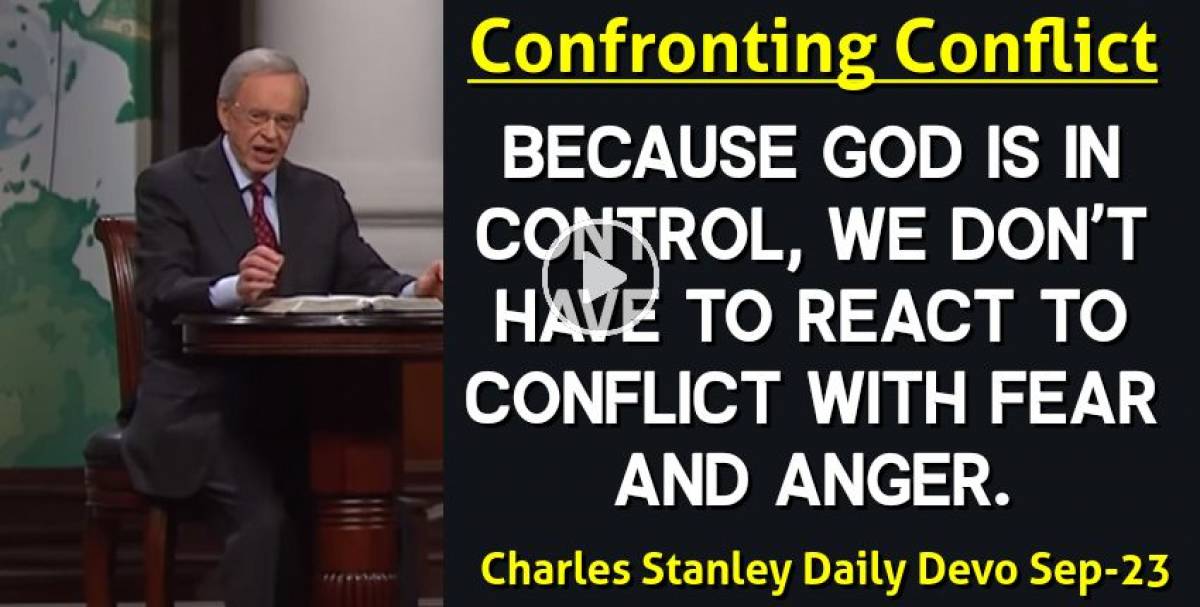