1 Samuel 17:41-54 - 41 Then the Philistine came on and approached David, with the shield-bearer in front of him. 42 When the Philistine looked and saw David, he disdained him; for he was but a youth, and ruddy, with a handsome appearance.

43 The Philistine said to David, Am I a dog, that you come to me with sticks?" And the Philistine cursed David by his gods. 44 The Philistine also said to David, Come to me, and I will give your flesh to the birds of the sky and the beasts of the field." 45 Then David said to the Philistine, You come to me with a sword, a spear, and a javelin, but I come to you in the name of the LORD of hosts, the God of the armies of Israel, whom you have taunted. 46 This day the LORD will deliver you up into my hands, and I will strike you down and remove your head from you. And I will give the dead bodies of the army of the Philistines this day to the birds of the sky and the wild beasts of the earth, that all the earth may know that there is a God in Israel, 47 and that all this assembly may know that the LORD does not deliver by sword or by spear; for the battle is the LORD'S and He will give you into our hands." 48 Then it happened when the Philistine rose and came and drew near to meet David, that David ran quickly toward the battle line to meet the Philistine.  49 And David put his hand into his bag and took from it a stone and slung it, and struck the Philistine on his forehead. And the stone sank into his forehead, so that he fell on his face to the ground. 50 Thus David prevailed over the Philistine with a sling and a stone, and he struck the Philistine and killed him; but there was no sword in David's hand. 51 Then David ran and stood over the Philistine and took his sword and drew it out of its sheath and killed him, and cut off his head with it. When the Philistines saw that their champion was dead, they fled. 52 The men of Israel and Judah arose and shouted and pursued the Philistines as far as the valley, and to the gates of Ekron. And the slain Philistines lay along the way to Shaaraim, even to Gath and Ekron. 53 The sons of Israel returned from chasing the Philistines and plundered their camps. 54 Then David took the Philistine's head and brought it to Jerusalem, but he put his weapons in his tent.

Life’s “Goliaths” come in all shapes, sizes, and intensities—such as an unhappy relationship, a rebellious child, a difficult job, a pile of debt, or an uncontrollable habit. But if we avail ourselves of God’s power, then we, like David, can ultimately gain victory over a seemingly insurmountable problem.

Notice that David declared victory over Goliath before the battle even began (1 Samuel 17:46). His confidence came from ...

• Remembering times in the past when the Lord protected and strengthened him, such as moments when a lion or bear threatened his flock (1 Samuel 17:37 - And David said, The LORD who delivered me from the paw of the lion and from the paw of the bear, He will deliver me from the hand of this Philistine." And Saul said to David, Go, and may the LORD be with you."). As he faced the fearsome giant, David wisely recalled how faithful God had always been.

• Strong convictions about the Lord and what He could do. David knew he had full access to his Father’s storehouses of power, courage, and wisdom.

• Practical habits that bolstered his faith. David had spent hours alone in the wilderness, listening to God’s voice. So he knew how to discern what the Lord was telling him to do.

I encourage you to try following David’s example. Keep a record of the Lord’s work in your life, and meditate on who He is. Then you, too, can be confident that God is sufficient, no matter how large the problem you’re facing. 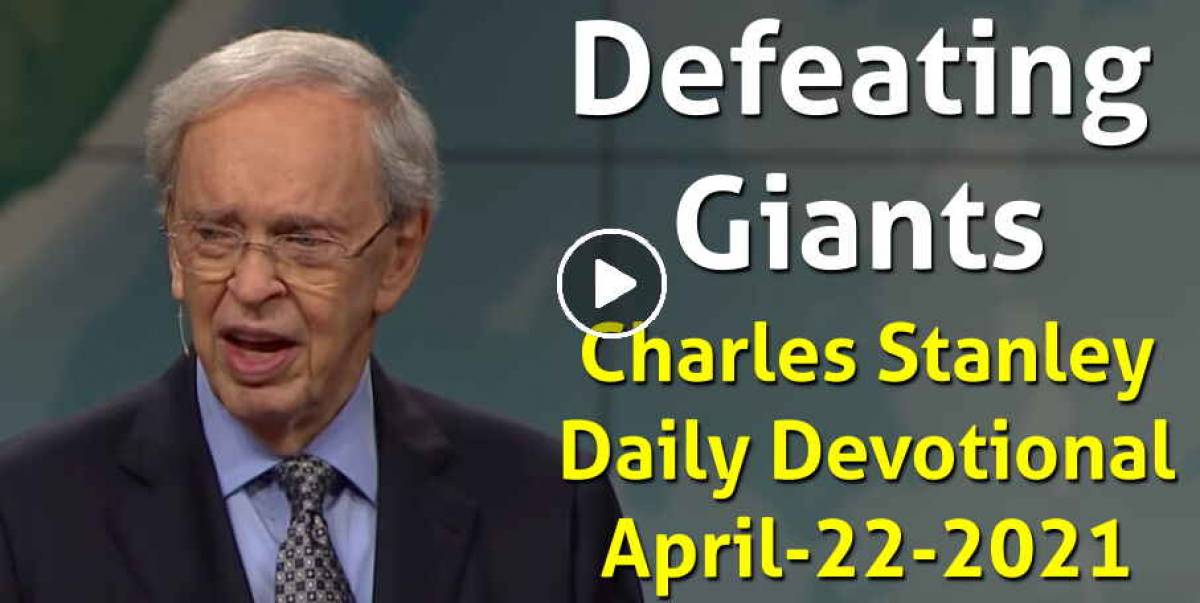