Genesis 39:1-20 - 1 Now Joseph had been taken down to Egypt; and Potiphar, an Egyptian officer of Pharaoh, the captain of the bodyguard, bought him from the Ishmaelites, who had taken him down there. 2 The LORD was with Joseph, so he became a successful man. And he was in the house of his master, the Egyptian. 3 Now his master saw that the LORD was with him and how the LORD caused all that he did to prosper in his hand. 4 So Joseph found favor in his sight and became his personal servant; and he made him overseer over his house, and all that he owned he put in his charge. 5 It came about that from the time he made him overseer in his house and over all that he owned, the LORD blessed the Egyptian's house on account of Joseph; thus the LORD'S blessing was upon all that he owned, in the house and in the field. 6 So he left everything he owned in Joseph's charge; and with him there he did not concern himself with anything except the food which he ate. Now Joseph was handsome in form and appearance. 7 It came about after these events that his master's wife looked with desire at Joseph, and she said, Lie with me." 8 But he refused and said to his master's wife, Behold, with me here, my master does not concern himself with anything in the house, and he has put all that he owns in my charge. 9 There is no one greater in this house than I, and he has withheld nothing from me except you, because you are his wife. How then could I do this great evil and sin against God?" 10 As she spoke to Joseph day after day, he did not listen to her to lie beside her or be with her. 11 Now it happened one day that he went into the house to do his work, and none of the men of the household was there inside. 12 She caught him by his garment, saying, Lie with me!" And he left his garment in her hand and fled, and went outside. 13 When she saw that he had left his garment in her hand and had fled outside, 14 she called to the men of her household and said to them, See, he has brought in a Hebrew to us to make sport of us; he came in to me to lie with me, and I screamed. 15 When he heard that I raised my voice and screamed, he left his garment beside me and fled and went outside." 16 So she left his garment beside her until his master came home. 17 Then she spoke to him with these words, The Hebrew slave, whom you brought to us, came in to me to make sport of me; 18 and as I raised my voice and screamed, he left his garment beside me and fled outside." 19 Now when his master heard the words of his wife, which she spoke to him, saying, This is what your slave did to me," his anger burned. 20 So Joseph's master took him and put him into the jail, the place where the king's prisoners were confined; and he was there in the jail.

Abiding in God’s will requires a steady, trust-filled focus upon Him. The life of Joseph is a good example.

Joseph’s brothers hated him so much that they sold him to a caravan on its way to Egypt. There, he became the slave of Potiphar, captain of Pharaoh’s guard. Despite all of his misfortune, Joseph performed his duties with excellence and as a result was promoted to oversee Potiphar’s household. Throughout it all, Joseph kept his gaze centered on the Lord.

Focus helps us choose godliness over temptation. Potiphar’s wife attempted to seduce Joseph, but he rejected her advances. When he refused to sin against God (Gen. 39:9), she falsely accused him, and her lies were believed. Ignoring Joseph’s record of hard work and faithful service, Potiphar imprisoned him. Had we been in Joseph’s place, we might at this point be asking our heavenly Father why this happened. However, Joseph endured and continued believing God had neither abandoned him nor lost control of the situation.

In stressful times, we discover how much we really trust the Lord. If doubt about His promises takes root in our thinking, it can lead us off His chosen path. But with steady belief, we can recognize God’s presence and persevere wherever we are. 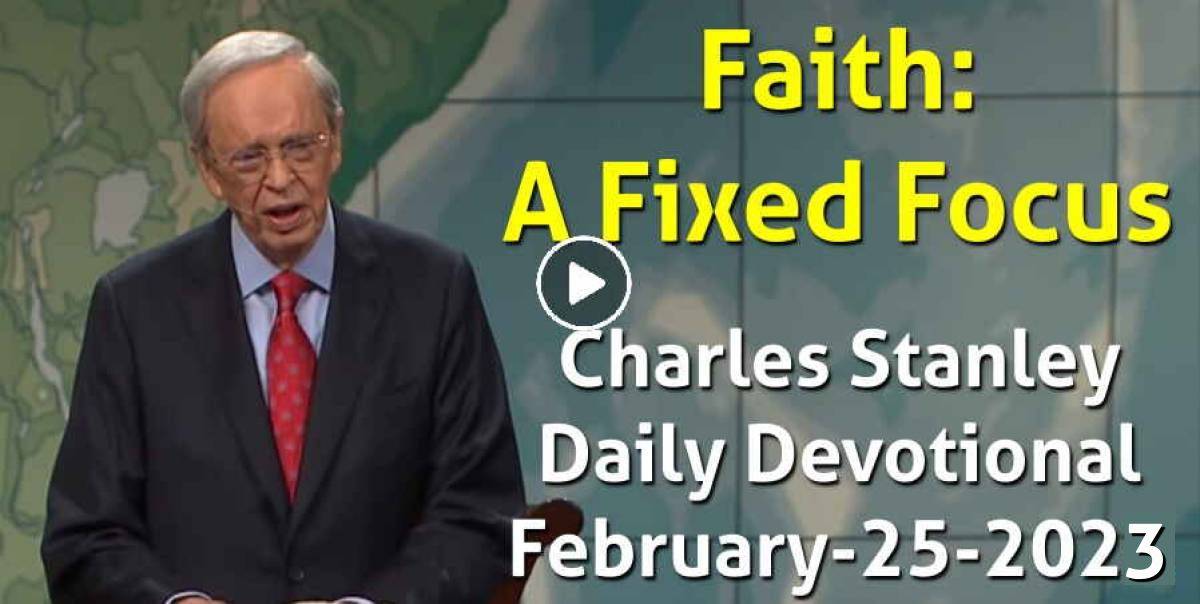