God Is at Work - Charles Stanley Daily Devotional (March-25-2020). God is always working, whether or not we can perceive the evidence.

John 5:16-23 ( 16 For this reason the Jews were persecuting Jesus, because He was doing these things on the Sabbath. 17 But He answered them, My Father is working until now, and I Myself am working." 18 For this reason therefore the Jews were seeking all the more to kill Him, because He not only was breaking the Sabbath, but also was calling God His own Father, making Himself equal with God. 19 Therefore Jesus answered and was saying to them, Truly, truly, I say to you, the Son can do nothing of Himself, unless it is something He sees the Father doing; for whatever the Father does, these things the Son also does in like manner. 20 For the Father loves the Son, and shows Him all things that He Himself is doing; and the Father will show Him greater works than these, so that you will marvel. 21 For just as the Father raises the dead and gives them life, even so the Son also gives life to whom He wishes. 22 For not even the Father judges anyone, but He has given all judgment to the Son, 23 so that all will honor the Son even as they honor the Father. He who does not honor the Son does not honor the Father who sent Him. )

How do we know the Lord is at work? Sometimes we see a dramatic display like the parting of the Red Sea for the Israelites. Other times it seems God isn’t doing anything, as when Jesus delayed visiting Mary and Martha’s sick brother (John 11:3-6 So the sisters sent word to Him, saying, Lord, behold, he whom You love is sick." 4 But when Jesus heard this, He said, This sickness is not to end in death, but for the glory of God, so that the Son of God may be glorified by it." 5 Now Jesus loved Martha and her sister and Lazarus. 6 So when He heard that he was sick, He then stayed two days longer in the place where He was).

Our Father has given us the Holy Spirit to help us recognize His presence and handiwork. But discerning God’s work also requires patience since the Lord operates according to His timetable, not ours. Remember, before Sarah conceived the child promised by God, Abraham had to wait until he and his wife were beyond childbearing years.

I believe you will discover that the Lord’s efforts are worth the wait. Hannah was overjoyed when she finally bore a child (1 Samuel 1:27-28 "For this boy I prayed, and the LORD has given me my petition which I asked of Him. So I have also dedicated him to the LORD; as long as he lives he is dedicated to the LORD." And he worshiped the LORD there.", 1 Samuel 2:1 "Then Hannah prayed and said, My heart exults in the LORD; My horn is exalted in the LORD, My mouth speaks boldly against my enemies, Because I rejoice in Your salvation"). And only after being sold into slavery and unjustly imprisoned was Joseph eventually elevated to a position of authority to help his family.

Jesus told the disciples that His Father was always at work and so was He. When we recognize the ways in which God is operating, we will be encouraged and strengthened in our faith. 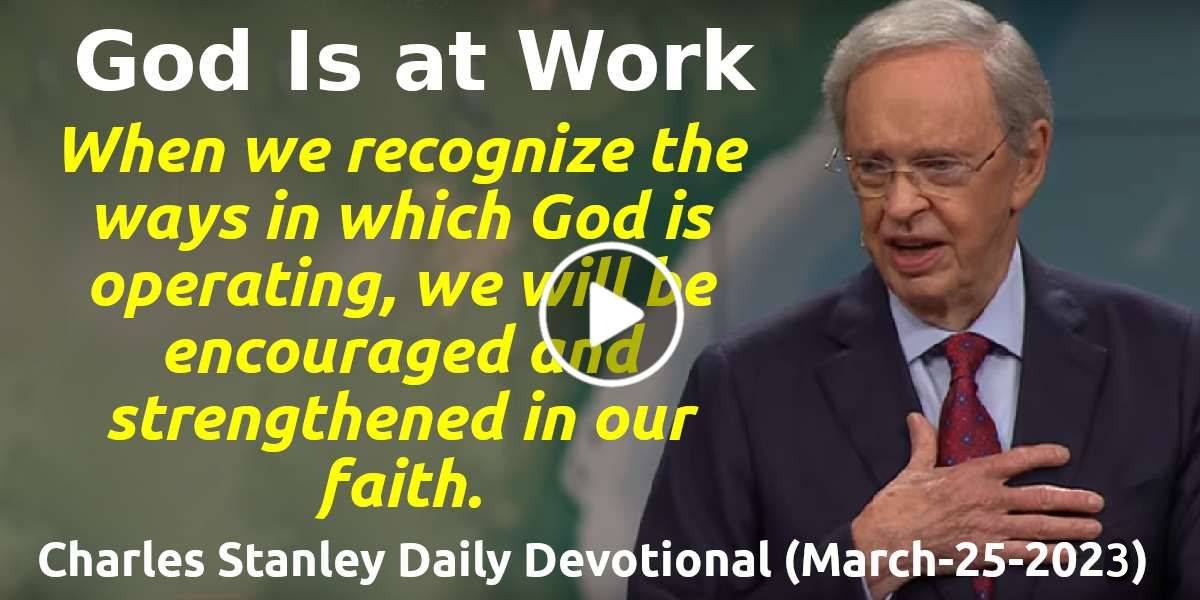