Charles Stanley  (October-20-2021) Daily Devotional: God Is in Control of Our Salvation.

Ephesians 1:3-14 - Blessed be the God and Father of our Lord Jesus Christ, who has blessed us with every spiritual blessing in the heavenly places in Christ, just as He chose us in Him before the foundation of the world, that we would be holy and blameless before Him. In love He predestined us to adoption as sons through Jesus Christ to Himself, according to the kind intention of His will, to the praise of the glory of His grace, which He freely bestowed on us in the Beloved. In Him we have redemption through His blood, the forgiveness of our trespasses, according to the riches of His grace which He lavished on us. In all wisdom and insight He made known to us the mystery of His will, according to His kind intention which He purposed in Him with a view to an administration suitable to the fullness of the times, that is, the summing up of all things in Christ, things in the heavens and things on the earth. In Him also we have obtained an inheritance, having been predestined according to His purpose who works all things after the counsel of His will, to the end that we who were the first to hope in Christ would be to the praise of His glory. In Him, you also, after listening to the message of truth, the gospel of your salvation--having also believed, you were sealed in Him with the Holy Spirit of promise, who is given as a pledge of our inheritance, with a view to the redemption of God's own possession, to the praise of His glory.

Because God is all-powerful, all-knowing, and omnipresent, everything in both the natural and spiritual realms is under His complete control. That includes our salvation. No matter how many times we’ve tried to turn away from the Lord, He continues to seek us in His complete sovereignty and grace.

The Lord has issued a universal call inviting everyone to come to Him. Scripture says it isn’t His will that anyone perish, nor does He take pleasure in the death of the wicked (2 Pet. 3:9 - The Lord is not slow about His promise, as some count slowness, but is patient toward you, not wishing for any to perish but for all to come to repentance.; Ezek. 33:11 - ``Say to them, `As I live!' declares the Lord GOD, `I take no pleasure in the death of the wicked, but rather that the wicked turn from his way and live. Turn back, turn back from your evil ways! Why then will you die, O house of Israel?'). He desires that all come to a knowledge of the truthânamely, that there is one God, sin separates us from Him, and only faith in Jesus reconciles us to Him (1 Tim. 2:4-6 - who desires all men to be saved and to come to the knowledge of the truth. For there is one God, and one mediator also between God and men, the man Christ Jesus,  who gave Himself as a ransom for all, the testimony given at the proper time).

We can take no credit for our salvation; Scripture says that none of us seek God (Rom. 3:11 - THERE IS NONE WHO UNDERSTANDS, THERE IS NONE WHO SEEKS FOR GOD). Instead, the desire to know Him comes through the Spirit’s work of convicting hearts and providing the faith to believe in Jesus as Savior. Every step of salvationâfrom first to lastâis of God.

No plan of our heavenly Father’s can be stopped, so ask the Holy Spirit to help you grasp the immensity of divine grace, love, and mercy. 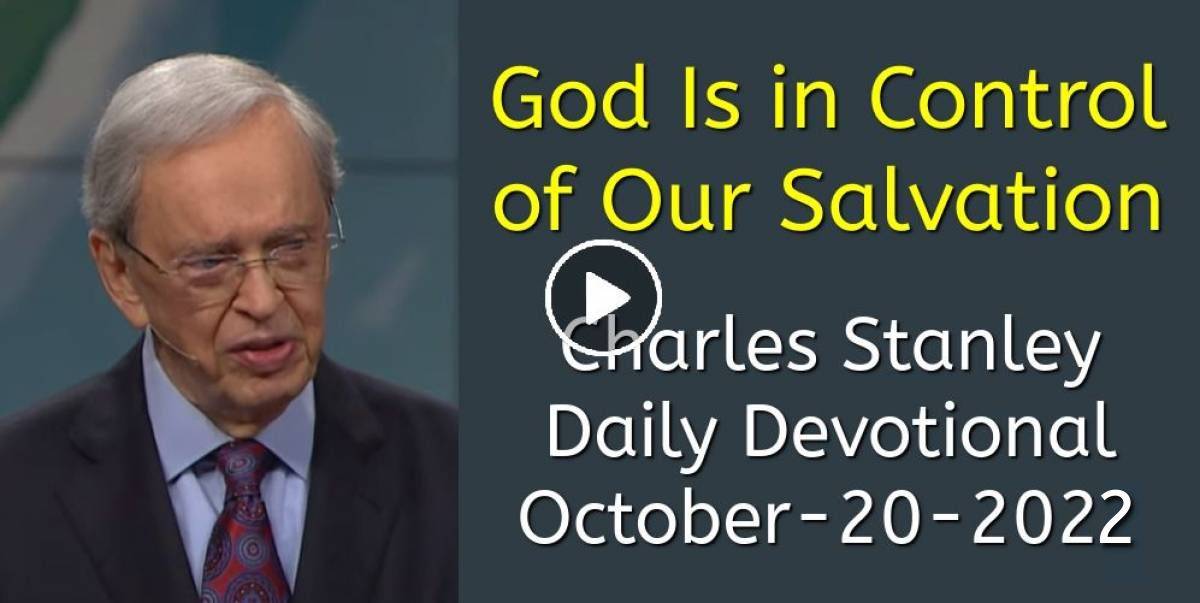