When we’re too preoccupied to hear God’s voice, He may get our attention by giving us a restless spirit. The book of Esther gives us a wonderful example of this.

In the sixth chapter, we see that King Ahasuerus “could not sleep so he gave an order to bring the book of records, the chronicles, and they were read before the king” (Est. 6:1 - That night the king could not sleep; so he ordered the book of the chronicles, the record of his reign, to be brought in and read to him). As a result, Ahasuerus became aware of an assassination plot that had been foiled by a man named Mordecai. Filled with gratitude for this act of service, he made plans to honor him.

What Ahasuerus could not have known, though, is that Haman, one of the royal advisors, was plotting to hang Mordecai and exterminate the Jewish population (Est. 5:14 - Then Zeresh his wife and all his friends said to him, Have a gallows fifty cubits high made and in the morning ask the king to have Mordecai hanged on it; then go joyfully with the king to the banquet." And the advice pleased Haman, so he had the gallows made.). As a result of the king’s intervention, Mordecai and the rest of the Jews were saved.

Now, what started this process? A restless night. The king didn’t know why he couldn’t sleep, but we know: God was trying to get his attention.

How often has this happened to you? You go about your life, but a restlessness seems to hang over you. In such moments, ask, “Lord, what is it You want to tell me?” You’ll discover that God can speak to you in your unrest. 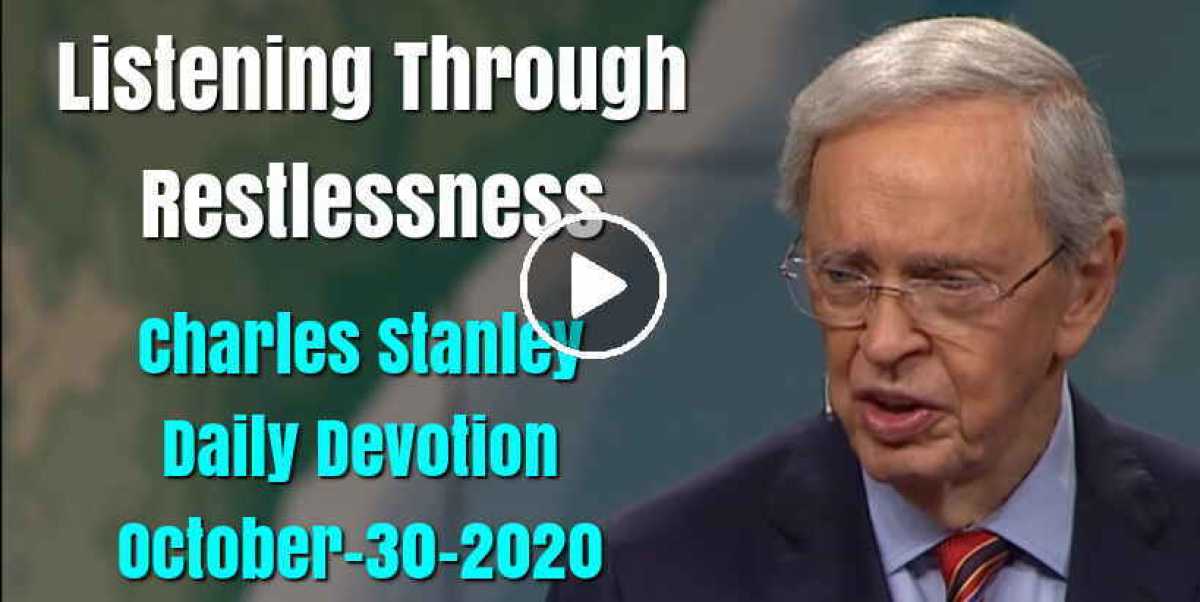