Snared by the Schemer - Charles Stanley Daily Devotional (April-13-2020). Trusting Christ for salvation results in freedom from sin and its consequences.

2 Corinthians 2:1-11 ( 1 But I determined this for my own sake, that I would not come to you in sorrow again. 2 For if I cause you sorrow, who then makes me glad but the one whom I made sorrowful? 3 This is the very thing I wrote you, so that when I came, I would not have sorrow from those who ought to make me rejoice; having confidence in you all that my joy would be the joy of you all. 4 For out of much affliction and anguish of heart I wrote to you with many tears; not so that you would be made sorrowful, but that you might know the love which I have especially for you. 5 But if any has caused sorrow, he has caused sorrow not to me, but in some degree--in order not to say too much--to all of you. 6 Sufficient for such a one is this punishment which was inflicted by the majority, 7 so that on the contrary you should rather forgive and comfort him, otherwise such a one might be overwhelmed by excessive sorrow. 8 Wherefore I urge you to reaffirm your love for him. 9 For to this end also I wrote, so that I might put you to the test, whether you are obedient in all things. 10 But one whom you forgive anything, I forgive also; for indeed what I have forgiven, if I have forgiven anything, I did it for your sakes in the presence of Christ, 11 so that no advantage would be taken of us by Satan, for we are not ignorant of his schemes)

Satan’s primary goal is to alienate you from the love of God. If our enemy can manipulate you into focusing on your own desires, you will no longer see the Lord’s perspective.

We have seen this happen to people throughout the Bible. In Genesis, Eve wasn’t able to see all that God gave her, because she focused on one fruit (Gen. 3:1-6  "1 Now the serpent was more crafty than any beast of the field which the LORD God had made. And he said to the woman, Indeed, has God said, `You shall not eat from any tree of the garden'?" 2 The woman said to the serpent, From the fruit of the trees of the garden we may eat; 3 but from the fruit of the tree which is in the middle of the garden, God has said, `You shall not eat from it or touch it, or you will die.'" 4 The serpent said to the woman, You surely will not die! 5 For God knows that in the day you eat from it your eyes will be opened, and you will be like God, knowing good and evil." 6 When the woman saw that the tree was good for food, and that it was a delight to the eyes, and that the tree was desirable to make one wise, she took from its fruit and ate; and she gave also to her husband with her, and he ate"). In the book of Joshua, Achan was trapped by his desire for wealth, and he sinned against God (Josh. 7:20-25 "20 So Achan answered Joshua and said, Truly, I have sinned against the LORD, the God of Israel, and this is what I did: 21 when I saw among the spoil a beautiful mantle from Shinar and two hundred shekels of silver and a bar of gold fifty shekels in weight, then I coveted them and took them; and behold, they are concealed in the earth inside my tent with the silver underneath it." 22 So Joshua sent messengers, and they ran to the tent; and behold, it was concealed in his tent with the silver underneath it. 23 They took them from inside the tent and brought them to Joshua and to all the sons of Israel, and they poured them out before the LORD. 24 Then Joshua and all Israel with him, took Achan the son of Zerah, the silver, the mantle, the bar of gold, his sons, his daughters, his oxen, his donkeys, his sheep, his tent and all that belonged to him; and they brought them up to the valley of Achor. 25 Joshua said, Why have you troubled us? The LORD will trouble you this day." And all Israel stoned them with stones; and they burned them with fire after they had stoned them with stones").

Even a man abundantly blessed by the Lord can lose sight of what’s important. King David went up to the palace roof, and he spotted a beautiful woman bathing (2 Samuel 11:2 Now when evening came David arose from his bed and walked around on the roof of the king's house, and from the roof he saw a woman bathing; and the woman was very beautiful in appearance.). This single action led to several tragic events in his life. By taking his eyes off God and all that He had provided, David ended up experiencing great heartache.

The same can happen to us, but there is good news: If you’ve committed yourself to the Lord, then you have died and been raised with Christ. He is now your life (Col. 3:1-4 "Therefore if you have been raised up with Christ, keep seeking the things above, where Christ is, seated at the right hand of God. 2 Set your mind on the things above, not on the things that are on earth. 3 For you have died and your life is hidden with Christ in God. 4 When Christ, who is our life, is revealed, then you also will be revealed with Him in glory"). When facing temptation, ask yourself, How will Christ regard the choice I make, and Will my decision have unwanted repercussions? Listen for the Holy Spirit, and He will send you in the right direction. 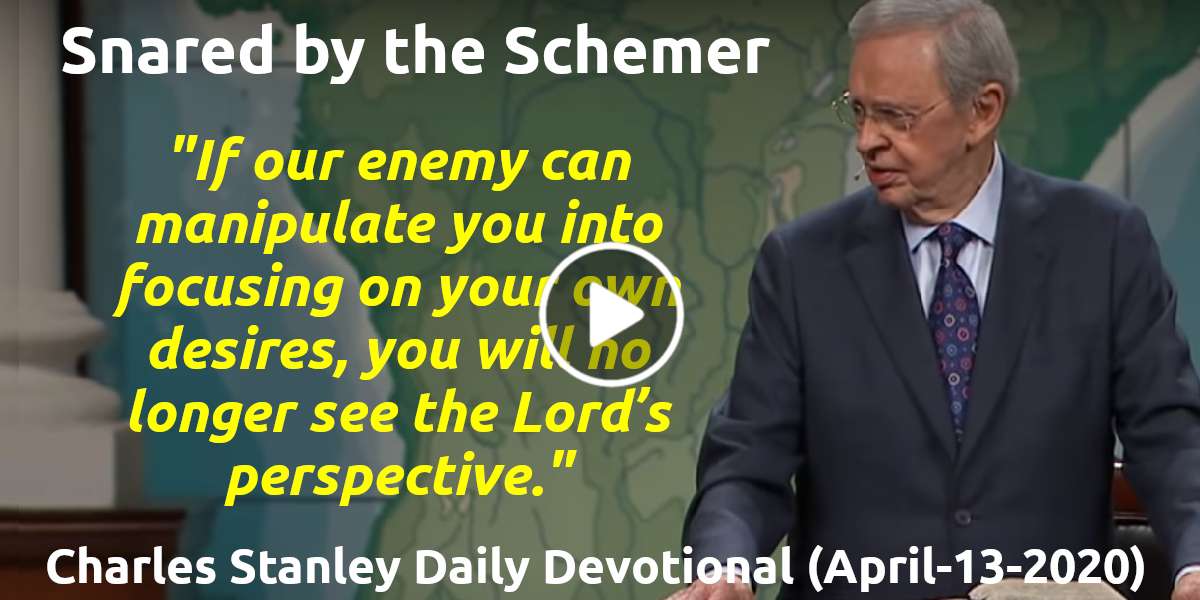