As He was being led to the cross, Jesus didn’t argue or demand to be understood. Nor did He take advantage of His power as the Son of God (Phil. 2:6-7 "who, although He existed in the form of God, did not regard equality with God a thing to be grasped, but emptied Himself, taking the form of a bond-servant, and being made in the likeness of men"). Instead, our Savior humbled Himself, giving His life so we could become like Him (Phil. 2:8"Being found in appearance as a man, He humbled Himself by becoming obedient to the point of death, even death on a cross."; Rom. 8:29 "For those whom He foreknew, He also predestined to become conformed to the image of His Son, so that He would be the firstborn among many brethren;"). And He prayed for the forgiveness of the very people who nailed His body to the cross (Luke 23:34 But Jesus was saying, Father, forgive them; for they do not know what they are doing." And they cast lots, dividing up His garments among themselves.). Imagine if we truly embraced this as our model for meekness—displaying grace and humility at all times, even when the world around us says we shouldn’t. How would life be different?

• Think about the difference between our culture’s definition of meekness (weak, powerless) and the Son of God’s sacrifice for us. Does meditating on His example help you to understand meekness in a new way? 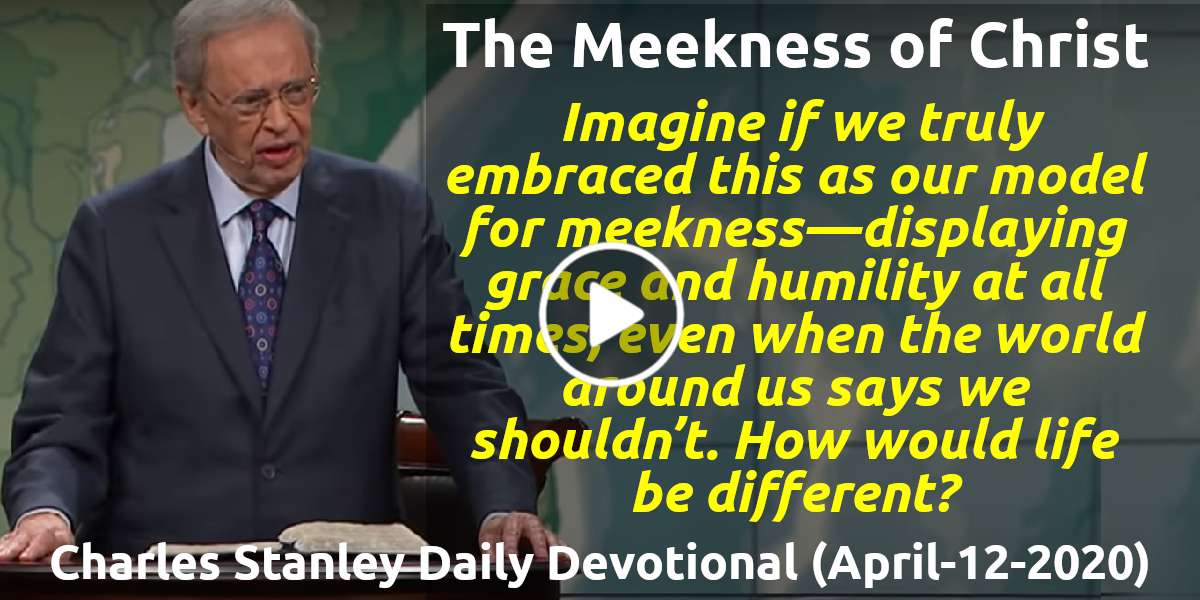