The Joy of Obedience - Charles Stanley Daily Devotion (January-15-2020). Obeying God may not always seem logical but is always worth it.

Luke 5:1-11 ( 1 Now it happened that while the crowd was pressing around Him and listening to the word of God, He was standing by the lake of Gennesaret; 2 and He saw two boats lying at the edge of the lake; but the fishermen had gotten out of them and were washing their nets. 3 And He got into one of the boats, which was Simon's, and asked him to put out a little way from the land. And He sat down and began teaching the people from the boat. 4 When He had finished speaking, He said to Simon, Put out into the deep water and let down your nets for a catch." 5 Simon answered and said, Master, we worked hard all night and caught nothing, but I will do as You say and let down the nets." 6 When they had done this, they enclosed a great quantity of fish, and their nets began to break; 7 so they signaled to their partners in the other boat for them to come and help them. And they came and filled both of the boats, so that they began to sink. 8 But when Simon Peter saw that, he fell down at Jesus' feet, saying, Go away from me Lord, for I am a sinful man!" 9 For amazement had seized him and all his companions because of the catch of fish which they had taken; 10 and so also were James and John, sons of Zebedee, who were partners with Simon. And Jesus said to Simon, Do not fear, from now on you will be catching men." 11 When they had brought their boats to land, they left everything and followed Him. )

We read in Luke 5 that Peter had spent his night as he usually did—fishing—but didn’t catch anything. He was surely tired, frustrated, and ready to go home. However, Jesus asked to borrow his boat in order to preach to the crowd. Peter knew there were other boats around, but Jesus asked for his.

When Jesus finished speaking to the crowd, He told Peter to spread the nets again. The fisherman replied, “Master, we worked hard all night and caught nothing, but I will do as You say” (Luke 5:5). Peter’s obedience led to nets that overflowed with fish. By saying yes to the Lord’s plan, he experienced both material and spiritual blessings. The benefits far outweighed any effort or inconvenience.

God’s requests can come at inopportune moments or when we least expect them. We may be tempted to let someone else respond, thinking that it won’t matter who answers His call. But God’s plans are always for our spiritual good (Jer. 29:11 11 For I know the plans that I have for you,' declares the LORD, `plans for welfare and not for calamity to give you a future and a hope.). Obeying God—even in the areas where we feel knowledgeable and skilled enough to handle matters ourselves—is essential to enjoying His rewards and extending them to others. What is Jesus asking of you? 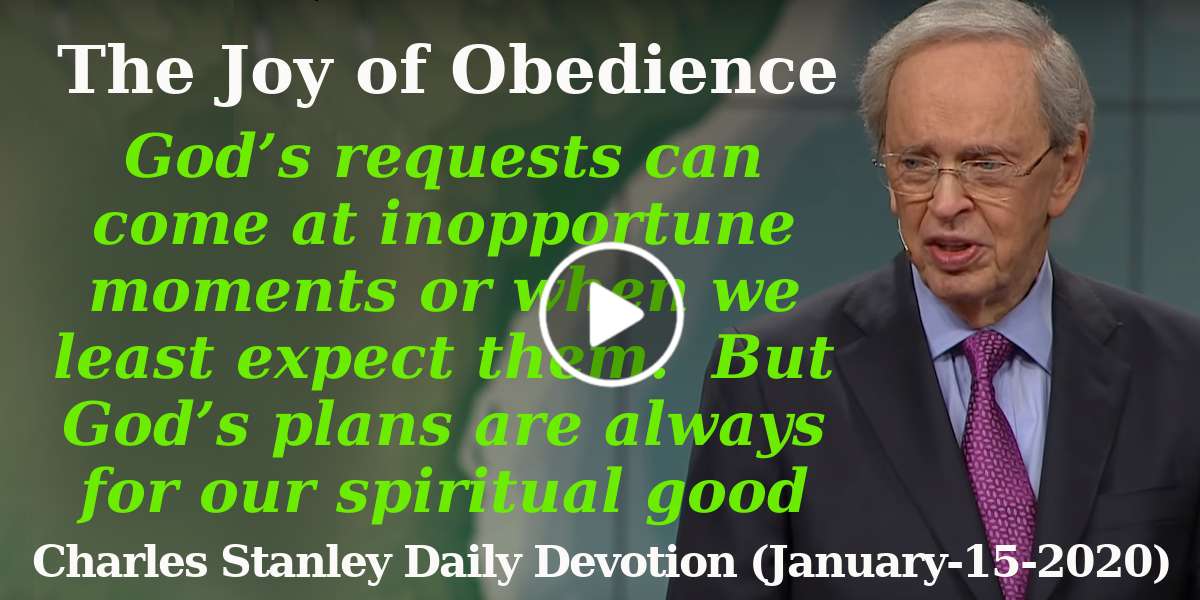