Charles Stanley (October-19-2020) Daily Devotion: When the Odds Are Against You.

Have you ever felt backed up against a wall with no way out? Although a situation like that is truly beyond what you can manage, it is not too big for God. In fact, if you could competently handle every difficulty that arose, then the credit would go to you and not to the Lord.  Impossible circumstances teach us an important lesson: to depend on Him and not on ourselves.

Gideon was a reluctant warrior who felt inadequate for the task God called him to do: to deliver Israel from Midianite oppression (Judg. 6:14-16).

But in obedience, he had rallied 32,000 men to fight against the enemy. However, the Lord then whittled the army down to just three hundred men. Humanly speaking, it would be impossible to defeat the enemy forces with so few. But that was precisely God’s point: He alone would achieve the victory and receive the glory.

When the odds are not in your favor, that doesn’t mean God has abandoned you. Stand your ground and keep your eyes on Him. Trust your heavenly Father, and you’ll be amazed at what He will achieve. Then glorify Him, giving thanks for His faithfulness. 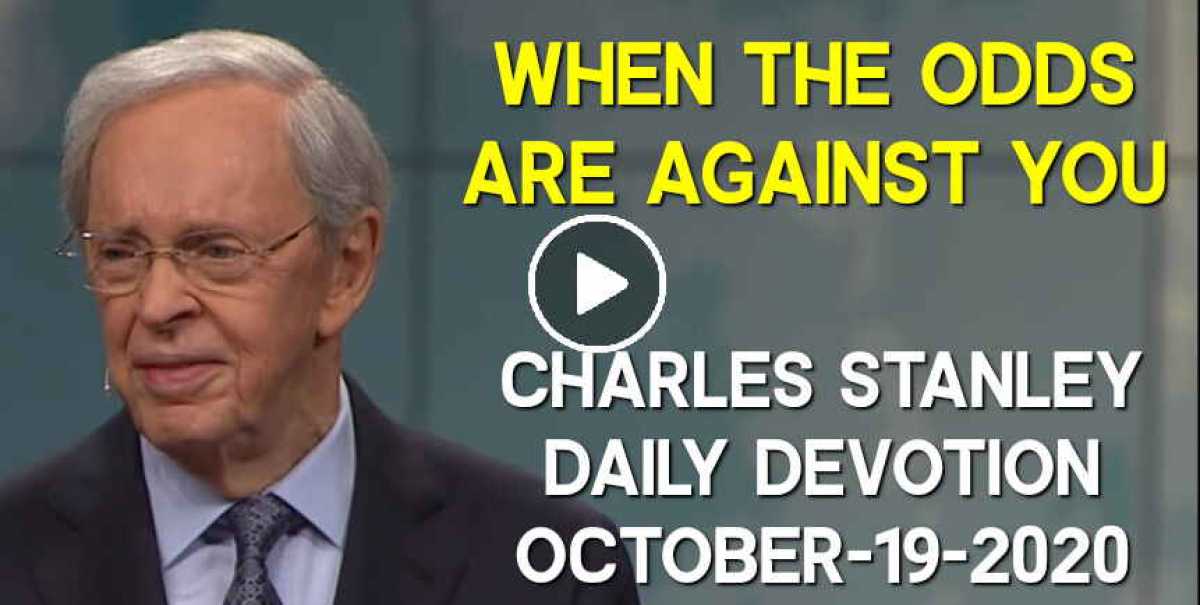