Worthy of Our Praise - Charles Stanley Daily Devotional (May-07-2020)

Worthy of Our Praise - Charles Stanley Daily Devotional (May-07-2020). Our God is worthy of praise from even the most powerful leaders on earth.

In John’s vision, angels surround the throne in heaven and sing, “Worthy is the Lamb!” From the apostle’s glimpse into the heavenly realm, it was clear that the Lord rules over earthly kings—even over the emperor Domitian, who at the time was set on destroying followers of Christ. Like other Roman emperors, he wanted to be worshipped as god and felt threatened by the believers’ faith. Understandably, early Christians needed to be reminded that Jesus, the Lamb, reigns over all.

One day, all creation will bow before Jesus and confess that He alone is Lord (Phil. 2:9-11 "9 For this reason also, God highly exalted Him, and bestowed on Him the name which is above every name,

10 so that at the name of Jesus EVERY KNEE WILL BOW, of those who are in heaven and on earth and under the earth, 11 and that every tongue will confess that Jesus Christ is Lord, to the glory of God the Father"). But we don’t have to wait; we can worship Him now. We can also pray that, like Nebuchadnezzar, those who have been given great power will receive revelation of who Jesus truly is. 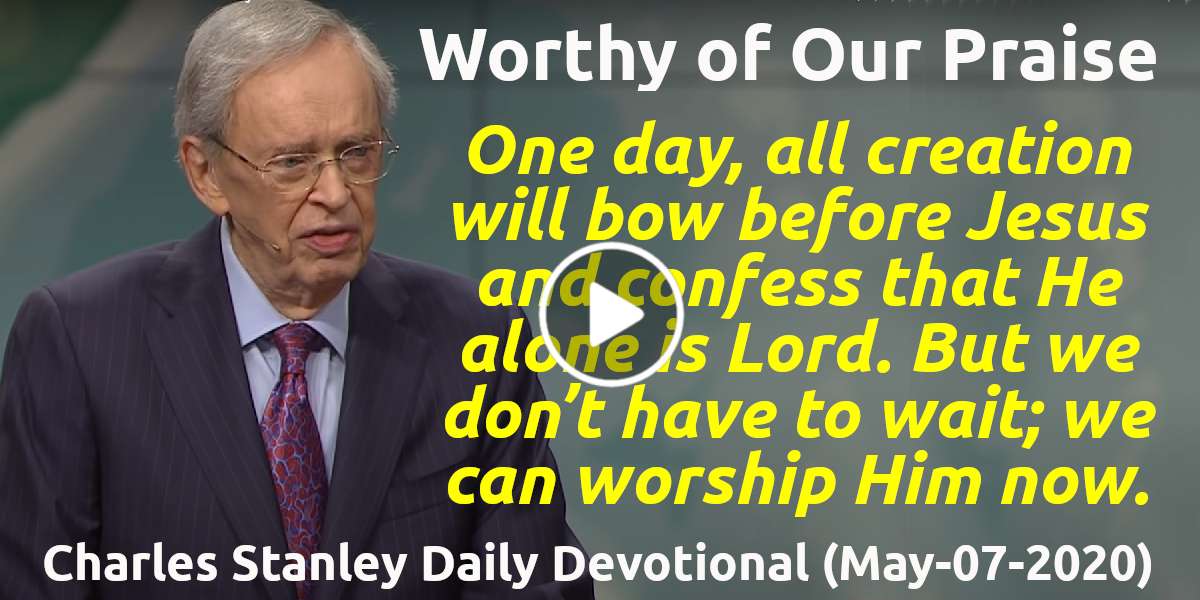