Charles Stanley (February-05-2021) Daily Devotional: Made to Be Like Him

Romans 8:26-39 - 26 In the same way the Spirit also helps our weakness; for we do not know how to pray as we should, but the Spirit Himself intercedes for us with groanings too deep for words; 27 and He who searches the hearts knows what the mind of the Spirit is, because He intercedes for the saints according to the will of God. 28 And we know that God causes all things to work together for good to those who love God, to those who are called according to His purpose. 29 For those whom He foreknew, He also predestined to become conformed to the image of His Son, so that He would be the firstborn among many brethren; 30 and these whom He predestined, He also called; and these whom He called, He also justified; and these whom He justified, He also glorified. 31 What then shall we say to these things? If God is for us, who is against us? 32 He who did not spare His own Son, but delivered Him over for us all, how will He not also with Him freely give us all things? 33 Who will bring a charge against God's elect? God is the one who justifies; 34 who is the one who condemns? Christ Jesus is He who died, yes, rather who was raised, who is at the right hand of God, who also intercedes for us. 35 Who will separate us from the love of Christ? Will tribulation, or distress, or persecution, or famine, or nakedness, or peril, or sword? 36 Just as it is written, FOR YOUR SAKE WE ARE BEING PUT TO DEATH ALL DAY LONG; WE WERE CONSIDERED AS SHEEP TO BE SLAUGHTERED." 37 But in all these things we overwhelmingly conquer through Him who loved us. 38 For I am convinced that neither death, nor life, nor angels, nor principalities, nor things present, nor things to come, nor powers, 39 nor height, nor depth, nor any other created thing, will be able to separate us from the love of God, which is in Christ Jesus our Lord.

The Lord makes known His love for mankind in so many ways. Consider, for example, His providential care and kindness to all humanity, our beautiful planet filled with creation’s wonders, and the gift of eternal life to all who trust Christ as Savior. But have you ever recognized that God also shows love by transforming believers into the image of His Son?

Genesis 1:26 (Then God said, Let Us make man in Our image, according to Our likeness; and let them rule over the fish of the sea and over the birds of the sky and over the cattle and over all the earth, and over every creeping thing that creeps on the earth.") tells us that in the beginning, God created mankind in His likeness. Though that image was marred when Adam and Eve sinned, God’s purposes were not thwarted. Before He had created anything, the plan for mankind’s restoration was already in place (1 Peter 1:18-21 - 18 knowing that you were not redeemed with perishable things like silver or gold from your futile way of life inherited from your forefathers, 19 but with precious blood, as of a lamb unblemished and spotless, the blood of Christ. 20 For He was foreknown before the foundation of the world, but has appeared in these last times for the sake of you 21 who through Him are believers in God, who raised Him from the dead and gave Him glory, so that your faith and hope are in God).

God provided salvation through the sacrifice of His Son on the cross. Everyone who trusts in Jesus is forgiven, spiritually reborn, and adopted into the heavenly Father’s family. The Holy Spirit enters each new believer’s life and begins the process of molding the renewed heart and mind into Christlikeness. And ultimately the transformation will be completed when we are bodily resurrected and stand before our Father in our glorified state.

But even before we reach that perfected state, God is glorified through His followers—when the likeness of His Son is revealed in our character, conversation, and conduct to those around us. 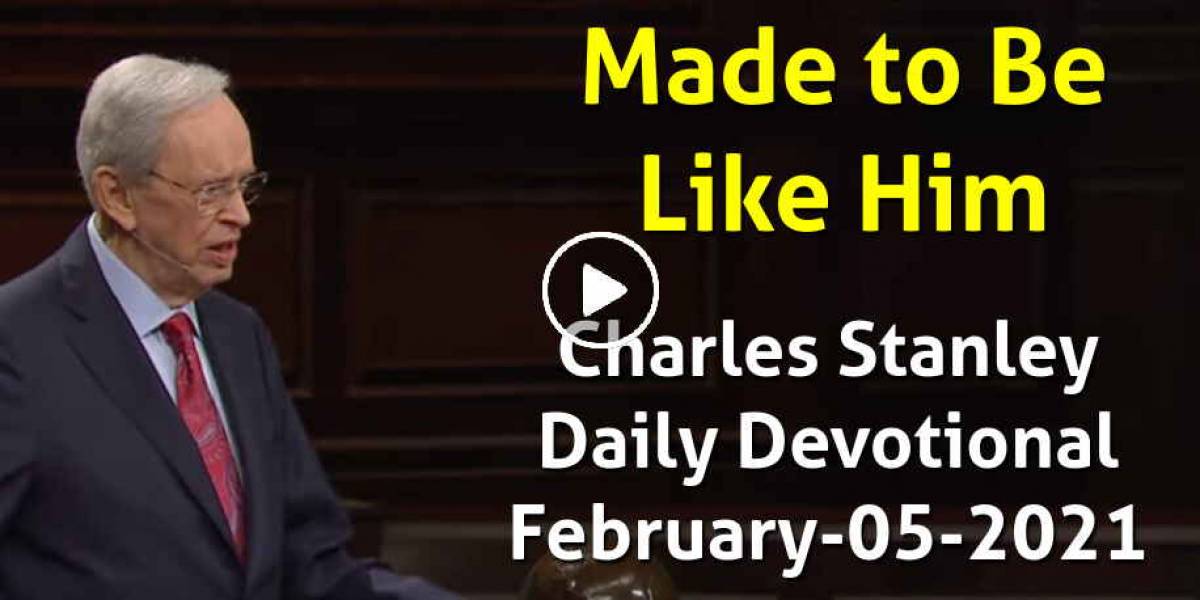