Imagine driving down a gravel road on a dark, rainy night. Even the light from your headlights seems to be swallowed by the blackness as you struggle to avoid veering off the road. Now consider what a difference it would make if there were yellow lines down the middle and white ones along the sides. You’d know exactly where on the road you’re supposed to be.

These two scenarios represent the difference between a life based on preferences and one guided by scriptural principles. Preferences fluctuate with the circumstances. When this is the basis for our decision making, the result is confusion, stress, and possibly danger as we wander through life. In contrast, principles are God’s unchanging truths, which keep us on the path of His will and protect us from spiritual danger and deception.

Daniel is an example of a young man who lived by principles. When he realized there was a line he couldn’t cross without disobeying the Lord, he stood fast and trusted God instead of conforming to the pagan world around him. Daniel chose not to eat food that had been sacrificed to Babylonian idols, and he left the consequences of his obedience to the Lord.

There are two main reasons we sometimes rely on preference-based decision making: Either we want to fit in, or we want to avoid the negative consequences that could come as a result of obeying the Lord. Yet to go this route will leave us in darkness, swerving dangerously through life. Safety and security can be found only in obedience to God’s principles, which are like bright white lines on the road keeping us in the center of His will. 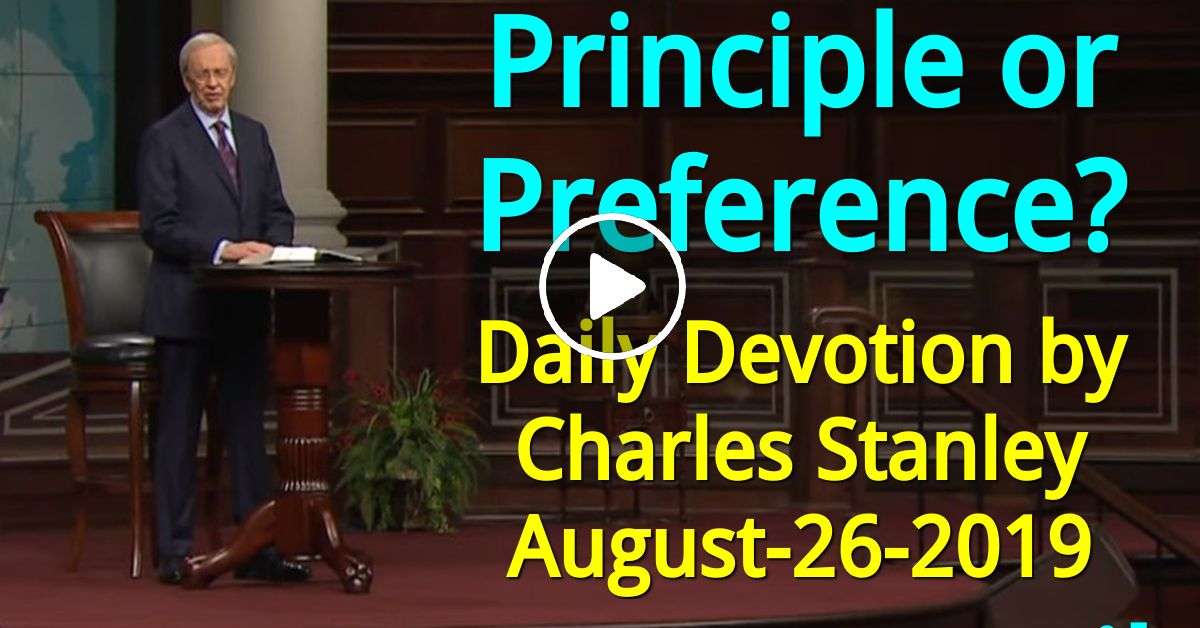