Jericho was the first city the Israelites needed to conquer in their quest for the land of Canaan. When sending a pair of spies to check it out, Joshua probably didn’t realize that he would receive a glimpse of the Lord’s impressive behind-the-scenes activity.

We must remember to look at every obstacle through the lens of God’s unlimited strength and resources. Anything that appears to block His plans is an opportunity for Him to demonstrate His sovereign power. Just because we don’t see anything happening, that doesn’t mean He’s inactive. God is at work on the other side of our obstacles, arranging the details and bringing His plans to fruition.

When the spies returned to Joshua, they reported that the people of Jericho were scared to death. Having heard about the Jews’ deliverance from Egypt and the parting of the Red Sea, they were gripped by fear of the Lord. The stage was set for the conquest, though by that point, Joshua hadn’t done a thing. Sometimes we think we need to be involved in the solution to our problem, but God is not limited with regard to whom or what He can use to accomplish His will. In this case, He worked in the hearts of the opposition by instilling demoralizing fear.

For the Christian, great obstacles need not be reasons for discouragement. Although much of the Lord’s activity is silent and invisible, we can be sure He is dynamically working out His will for our life. When the pieces of His plan are in place, He will move us on to victory. 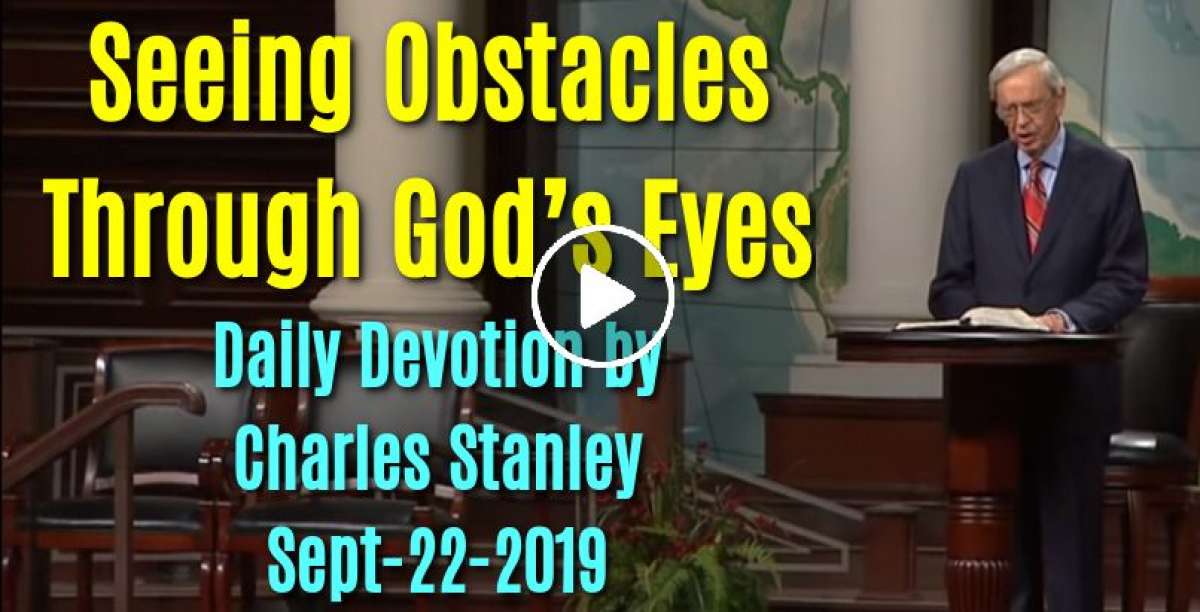