David Wilkerson - The Throne of Christ 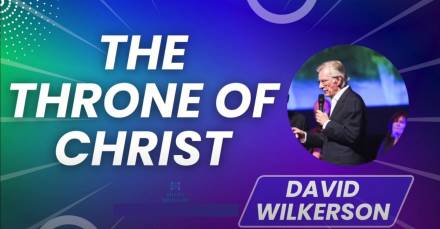 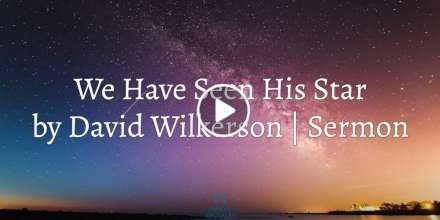 We Have Seen His Star -David Wilkerson (December-24-2020). Matthew 2:1-10 "After Jesus was born in Bethlehem in Judea, during the time of King Herod, Magi[a] from the east came to Jerusalem 2 and asked, “Where is the one who has been born king of the Jews? We saw his star when it rose and have come to worship him.” 3 When King Herod heard this he was disturbed, and all Jerusalem with him. 4 When he had called together all the people’s chief priests and teachers of the law, he asked them where the Messiah was to be born. 5 “In Bethlehem in Judea,” they replied, “for this is what the prophet has written: 6 “‘But you, Bethlehem, in the land of Judah, are by no means least among the rulers of Judah; for out of you will come a ruler who will shepherd my people Israel.’[b]” 7 Then Herod called the Magi secretly and found out from them the exact time the star had appeared. 8 He sent them to Bethlehem and said, “Go and search carefully for the child. As soon as you find him, report to me, so that I too may go and worship him.” 9 After they had heard the king, they went on their way, and the star they had seen when it rose went ahead of them until it stopped over the place where the child was. 10 When they saw the star, they were overjoyed."

David Wilkerson - We are all Being Programed to Accept the AntiChrist (February-14-2019). The Spirit of Anti-Christ is at Work today!! The Active Programing from the Elite.

Pastor David Wilkerson (November 24, 2018) - IN ONE HOUR EVERYTHING WILL CHANGE - END TIME PROPHECY

Pastor David Wilkerson (November 24, 2018) - IN ONE HOUR EVERYTHING WILL CHANGE - END TIME PROPHECY. This event will change everything in one hour! "But about that day or hour no one knows, not even the angels in heaven, nor the Son, but only the Father. Matthew 24:36 For you know very well that the day of the Lord will come like a thief in the night. 1 Thessalonians 5:2

David Wilkerson - Right Song, Wrong Side (15 Nov-2009). November 15, 2009 - Anybody can praise the Lord after the victory is won but there is a song that God is yearning to hear on the testing side. We must get to the point where we say Lord I am not going to allow the devil to harass me and put me into a pit of fear and despair. We must fix our minds on Jesus and take a stand to trust God in every impossible situation. This generation is demanding a song of hope. We are the song of hope in these last days. The song we sing is that God is faithful and He is able to take us through every trial!