Derek Prince (1915 - 2003) was born in India of British parents. Educated as a scholar of Greek and Latin at Eton College and Cambridge University, England, he held a Fellowship in Ancient and Modern Philosophy at King’s College. He also studied several modern languages, including Hebrew and Aramaic, at Cambridge University and the Hebrew University in Jerusalem.

While serving with the British army in World War II, he began to study the Bible and experienced a life-changing encounter with Jesus Christ. Out of this encounter he formed two conclusions: first, that Jesus Christ is alive; second, that the Bible is a true, relevant, up-to-date book. These conclusions altered the whole course of his life, which he then devoted to studying and teaching the Bible.

Derek's main gift of explaining the Bible and its teaching in a clear and simple way has helped build a foundation of faith in millions of lives. His non-denominational, non-sectarian approach has made his teaching equally relevant and helpful to people from all racial and religious backgrounds.

He is the author of over 50 books, 600 audio and 100 video teachings, many of which have been translated and published in more than 100 languages. His daily radio broadcast is translated into Arabic, Chinese (Amoy, Cantonese, Mandarin, Shanghaiese, Swatow), Croatian, German, Malagasy, Mongolian, Russian, Samoan, Spanish and Tongan. The radio program continues to touch lives around the world.

Derek Prince Ministries persists in reaching out to believers in over 140 countries with Derek's teachings, fulfilling the mandate to keep on "until Jesus returns." This is effected through the outreaches of more than 30 Derek Prince offices around the world, including primary work in Australia, Canada, China, France, Germany, the Netherlands, New Zealand, Norway, Russia, South Africa, Switzerland, the United Kingdom and the United States. For current information about these and other worldwide locations, click on the WORLD tab above.
On September 24, 2003, Derek died in his sleep at his home in Jerusalem of heart failure following a prolonged period of declining health. 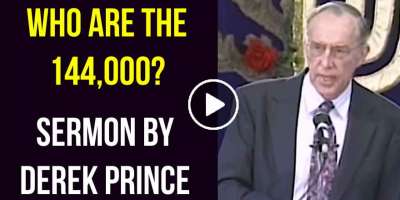 Derek Prince (April-08-2020) Sermon: Who are the 144,000? In this clip taken from the Bible study 'How To Face The Last Days Without Fear?' Bible teacher Derek Prince shares his view on the 144,000, mentioned in the book of Revelation. A wonderful, glorious picture is painted by God in these closing chapters of the Bible. Do we need to fear the end times? What comfort does God offer us? 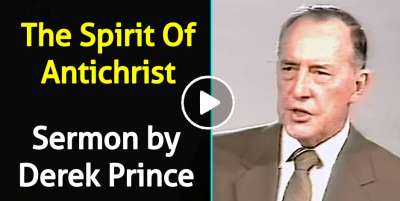 Derek Prince (April-03-2020) Sermon: What are the 4 horsemen from the Book of Revelation? Many people wonder about the meaning of the Book of Revelation, the Apocalypse, the end of times. What do the things in Revelation mean? What will happen? Bible teacher Derek Prince shares from chapter 6 of the last book of the Bible, about the nature of the 4 horsemen: where they come from and what they will do. God is in control! 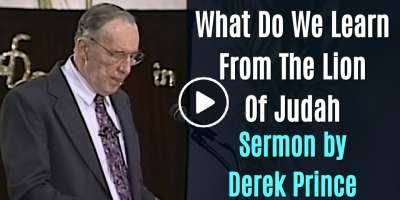 Derek Prince (April-02-2020) Sermon: What Do We Learn From The Lion Of Judah? Each year on Good Friday we remember and celebrate that Jesus Christ died for our sin. Bible teacher Derek Prince shares from chapter 5 of the last book of the Bible, Revelation, what the Lion of Judah looks like and what lesson we learn from that. John is looking for a fierce, strong Lion. Yet what does he see? And what do we learn from that picture? The wisdom of God is wiser than foolishness of men. Bible teaching particularly suited for Easter 2020! 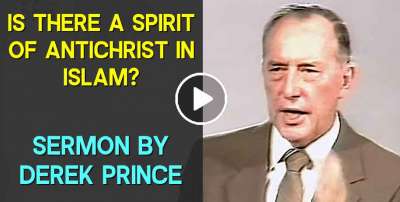 Derek Prince (April-01-2020) Sermon: Is There A Spirit Of Antichrist In Islam? In this part of the 'Spirit Of Antichrist' series, Bible teacher Derek Prince, is letting us take a closer look at Islam and its denial of Jesus Christ as the Son of God. Could there be a link with what John says about the spirit of antichrist, in his first letter, and this denial of Jesus as Son of God? 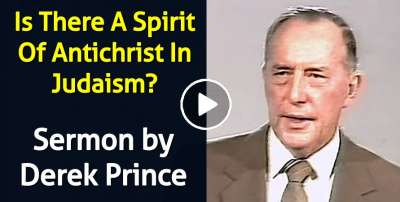 Derek Prince (March-30-2020) Sermon: Is There A Spirit Of Antichrist In Judaism? In this part of the 'Spirit Of Antichrist' series, Bible teacher Derek Prince, is letting us take a closer look at Judaism and its denial of Jesus Christ as the fulfillment of the messianic verses in the Old Testament. Could there be a link with what John says about the spirit of antichrist, in his first letter, and this denial of Jesus as the Messiah? 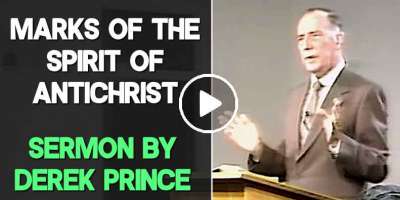 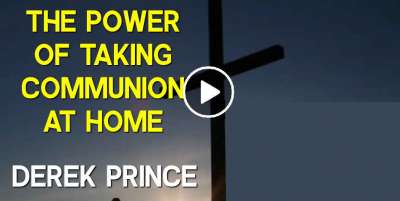 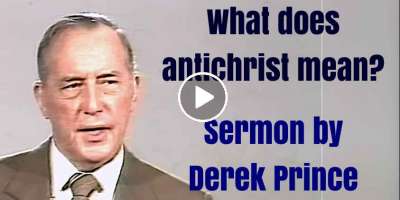 Derek Prince (March-27-2020) Sermon: What does antichrist mean? In this first part of 'The Spirit of Antichrist' series, Bible teacher Derek Prince explains the meaning of the word antichrist and its biblical meaning. This is part of a Bible Study called 'The Enemies We Face', dealing with spiritual warfare, witchcraft and satanic opposition.

The BIG Difference Between Christianity & Other Religions - Derek Prince 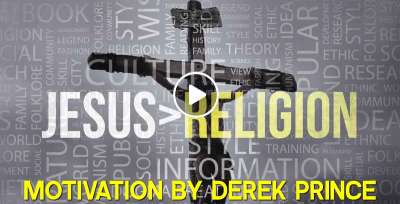 Derek Prince - Sermon: The BIG Difference Between Christianity & Other Religions. Are We Saved By Works or by Faith? This is why Jesus Christ is so much better than trying harder, doing more, and being good enough.