2 Corinthians 10:2-6 - "For though we walk in the flesh, we do not war after the flesh: [4] (For the weapons of our warfare are not carnal, but mighty through God to the pulling down of strong holds ;) ”

The first and second books of Corinthians in the Bible are books that were actually written by the great apostle Paul to the Corinthians. In writing, Paul addressed a lot of doctrines during his time, which we still face now in our churches as Christians. In this particular capture of second Corinthians, Paul addressed the issue of what I call SPIRITUAL DOMINION and FLESHLY DOMINION.

Paul said, for though we walk in the flesh, we do not war after the flesh. He continued by saying, for the weapons of our warfare are not carnal, but mighty through God to the pulling down of STRONGHOLDS. When you read something like this, three things comes to your mind, WAR, WEAPONS OF OUR WARFARE AND STRONGHOLDS. The questions now are, what kind of war was Paul talking about? What are the weapons? And what is a STRONGHOLD?
A strong hold according to my understanding, is something that appears to one very difficult to attack and very difficult to defend, Something You cannot defend yourself against its threats and you cannot attack it because you think it will overcome you. A STRONGHOLD is a force that is serving as a wall around you, preventing you from moving to places of your choice. A STRONGHOLD is likened unto a person in prison. All privileges and rights are taken away from you except the right to life.

And what kind of a WAR was Paul talking about? The Bible actually teaches about two types of WAR which I know but they may be others. The first type of war is what I call the SPIRITUAL WAR and the second, I call it the EMOTIONAL WAR. And there is something about these two types of war. They both comes with different weapons in our warfare. The Bible says, these weapons are mighty through God to the pulling down of strongholds. In order words, these weapons are SPIRITUALLY EFFECTIVE through God to the pulling down of strongholds. Glory be to God in that He has made all things easy for us, Praise God.

Make time with me tomorrow as we continue to rightly divide and understand the message of Truth on the topic, “SPIRITUAL DOMINION “as we talk on the first type of war call SPIRITUAL WAR and its weapons. 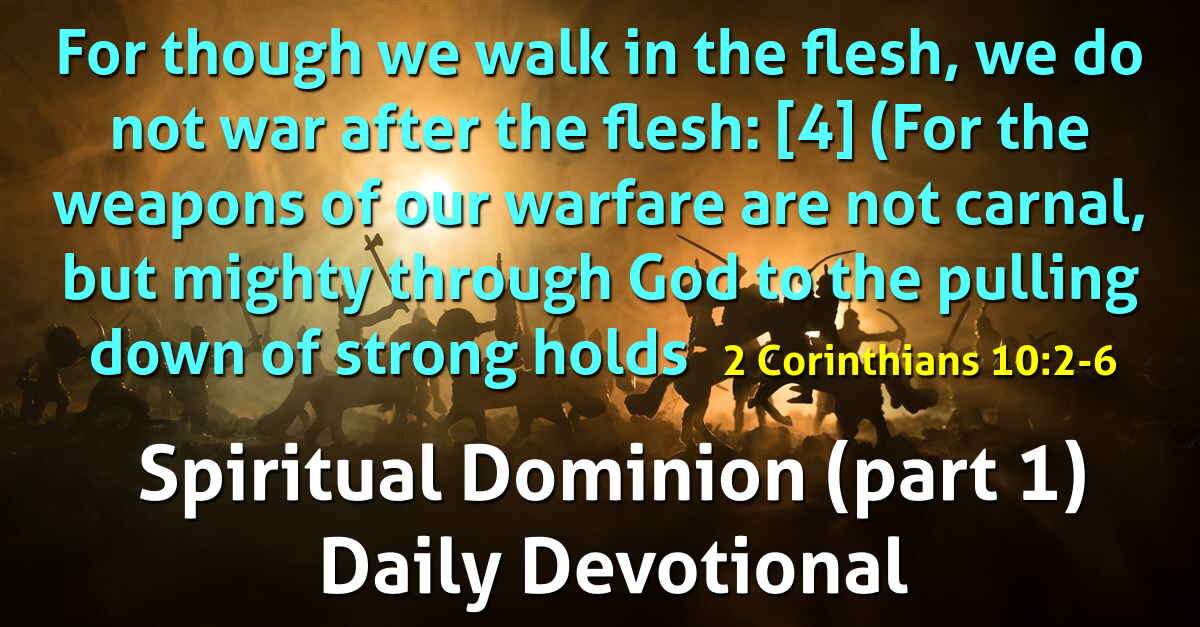 Written by Ayelbire A. Joshua

Latest from Ayelbire A. Joshua