Daily Devotional (October-24-2021) THE CENTER AND FOCUS IS GOD

Scripture Reference: 1 Corinthians 3:4-9 The Living Bible - “. When one of you says, “I am a follower of Paul,” and another says, “I prefer Apollos,” aren’t you acting like those who are not Christians? Who is Apollos, and who is Paul, that we should be the cause of such quarrels? Why, we’re only servants. Through us God caused you to believe. Each of us did the work the Lord gave us. My job was to plant the seed in your hearts, and Apollos watered it, but IT WAS GOD, NOT WE, who made it grow. The ones who do the planting or watering aren’t important, but God is important because he is the one who makes the seed grow. The one who plants and the one who waters work as a team with the same purpose. Yet they will be rewarded individually, according to their own hard work. We work together as partners who belong to God. You are God’s field, God’s building—NOT OURS.“

The Corinthian church was divided into two “camps”, the “Paul camp“ and the “Apollos camp“. The division was so bad that it resulted in quarrels. Like today some discriminates other churches because their so called church is the only true and perfect church of God.

Paul started by declaring that such thinking was not Christian. He explained that he and Apollos were only servants that God used, each with a specific role.

He went further to explain that what should really be commended (the increase) was being done by God Himself. God was the One to be praised.

Churches and pastors are not supposed to be rivals competing for supporters. Having rival groups of supporters of men of God is evil and clearly unchristian. Fighting for membership, you will see a pastor destroys another pastor by declaring him fake just to prove that he himself is genuine.

Paul ended by saying the people belonged to God, not to Paul or Apollos. Do not yield to any pressure to be or show you’re on any pastor’s side.

You are a child of God under the direct ministry of a particular man of God with a kind of an assignment to be accomplish here on earth. My dear the focus is God and what you are doing to please Him.

PRAYER - Father in the name of Jesus Christ there is no division in me, there is no competition in me against a brother or a sister in the Lord. I seek to please God and Him alone through and under the ministry I have been called to be part of. There is live working a work in me for Jesus. Amen. 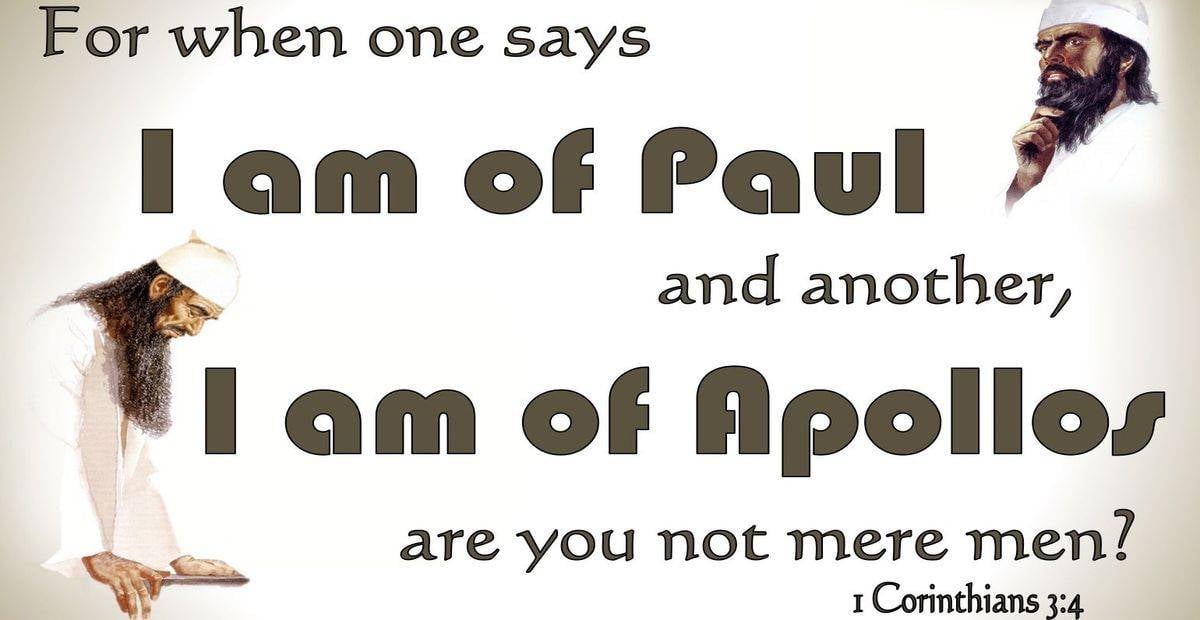 Written by Ayelbire A. Joshua