Should the Mouse be in Your House? Disney and the Danger of Compromise - Jack Hibbs

Jack Hibbs - Read Article: Should the Mouse be in Your House? Disney and the Danger of Compromise

Genesis 19 is one of the most shocking chapters of the Bible. I remember the first time I read it, I thought, “It’s hard to fathom a society that is so wicked and depraved that this could take place.”

But let me tell you, as the days and years have passed since that time, it’s no longer as difficult to imagine as it once was.

I’m talking about the account Lot and the city of Sodom where he lived. God had made it known to his servant Abraham that he plans to destroy Sodom and Gomorrah, twin cities of sin and perversion. The wickedness was so widespread that God promised Abraham he would spare Sodom and Gomorrah if, even among the thousands of inhabitants, just ten righteous people could be found within the borders of these cities.

But God, in His mercy, sends two angels on an extraction mission to rescue Lot, Abraham’s nephew, and his family before annihilation descends upon Sodom in the form of fire and brimstone. Appearing as men, these two angels enter Lot’s house, and are seen there by the men of Sodom. Their sinful perversion is so extreme, they pound on Lot’s door and openly demand he hand them over to them so that they could have their way with them sexually. We get our word “sodomize” from here.

These weren’t just a few odd perverts. They’d come was from every quarter of the city, and included both young and old. That’s how pervasive the sin was.

Lot responded to their demands, “Please, my brothers, don’t do such a wicked thing.” So far, so good. If only he had ended it there. But he tried to appease these wicked men with a terrible compromise: “Look, I have two virgin daughters. Let me bring them out to you, and you can do with them as you wish.”

Lot had been living for so long in a culture of immorality and perversion , he was willing to offer his daughters to a sex-thirsty mob that was lusting to homosexually rape two complete strangers. What kind of a father does that?

What if his answer had been, “No! Never. I am the protector of this household and all who enter this home. Take your perversion and get away from here!”

Think of the messed-up lessons Lot’s daughters learned from him about their own value, the sanctity of sex, and the premium that culture placed on instant gratification. We see the consequences of those lessons later when Lot’s daughters get him drunk, have incestual sex with him to get themselves pregnant, and he doesn’t even realize it’s happening.

It’s so messed up, and it all comes down to compromise.

Turning a Blind Eye to Wickedness

As a follower of the Lord, Lot should’ve been far removed from the cesspool of sin in Sodom and Gomorrah — if not far from physical proximity, at least distant from spiritual conformity. He should have been a shining light of righteousness in a dark place. Instead he compromised a little here and a little there, wanting to be liked by his neighbors, turning a blind eye to their wickedness. You can be sure it didn’t happen just that once. It must have assailed him daily.

Compromise is a slippery slope, and it doesn’t take long to slide backward into moral apathy.

You and I are in a position much like Lot’s in today’s culture. We stand at the homes’ thresholds as society pounds on our doors,  demanding we give into immorality. We can make a stand or we can compromise. If we do, often it will be at the expense and to the detriment of our children.

Look no further than Florida for proof. Disney, once a champion of families, has descended to standing in opposition to a common-sense law that protects kindergarteners through third-graders from sexual indoctrination (gay or straight) in schools. Its executives are actively and aggressively looking for ways to “add queerness” to children’s programming. For the sake of gender fluidity, they’re removing the terms “ladies and gentlemen, boys and girls” from their theme parks.

In short, they are knocking on the door of your household with the intention of sexualizing your children and violating their innocence.

Imagine if we all had the backbone to say what Lot didn’t: “No. Never. I am the protector of this household and all who enter this home. Take your perversion and get out of here!”

And it’s not just Disney who is knocking. The list of grows with each passing day. We won’t protect our families as we should without a conscious decision and a firm stance to guard our thresholds.

Compromise is at your door. The next generation is at stake. Will you stand guard? 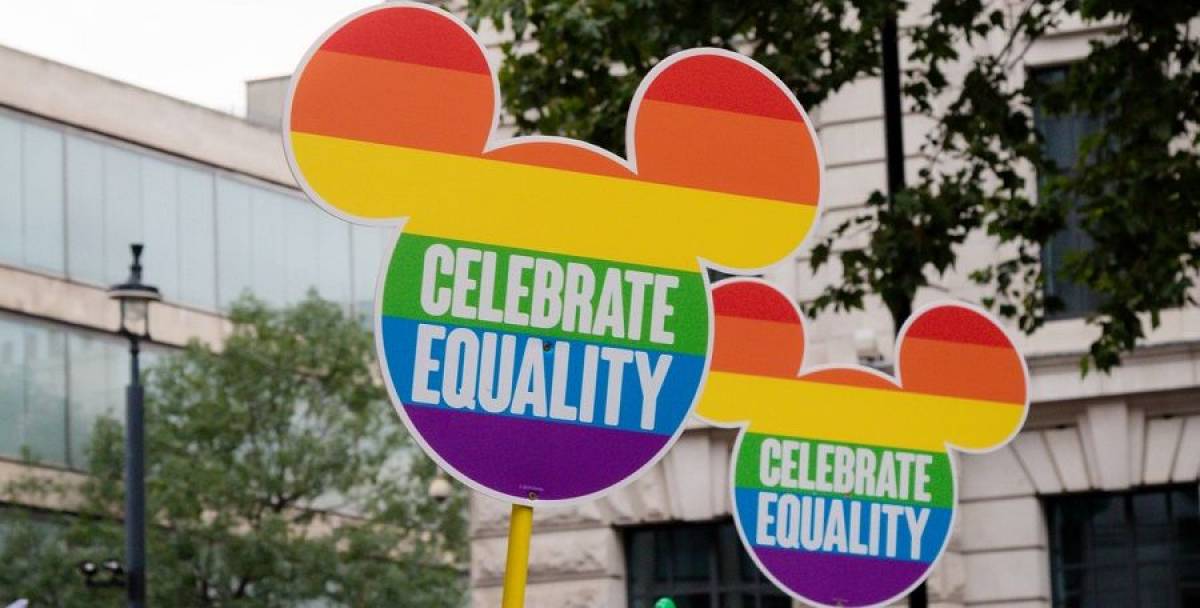 Jack Hibbs is the senior and founding pastor of Calvary Chapel Chino Hills, located in southern California. Jack and his wife, Lisa, began a home fellowship over thirty years ago with just six faithful souls. Today, the church ministers weekly to over ten thousand people on campus and to millions worldwide through daily media outreach programs.
Pastor Jack is well known for his passionate, verse-by-verse expositional Bible teaching; in ad ...