Believing When You're Not Seeing - Joel Osteen

Joel Osteen - Sermon: Believing When You're Not Seeing. Don’t let what you see talk you out of what you know. God is working behind the scenes to arrange things in your favor. What He promised will come to pass. Sometimes before a promise comes to pass, we must go through a season of silence. You may not see anything changing, but God is working behind the scenes. Believe that what He started in your life, He will finish! 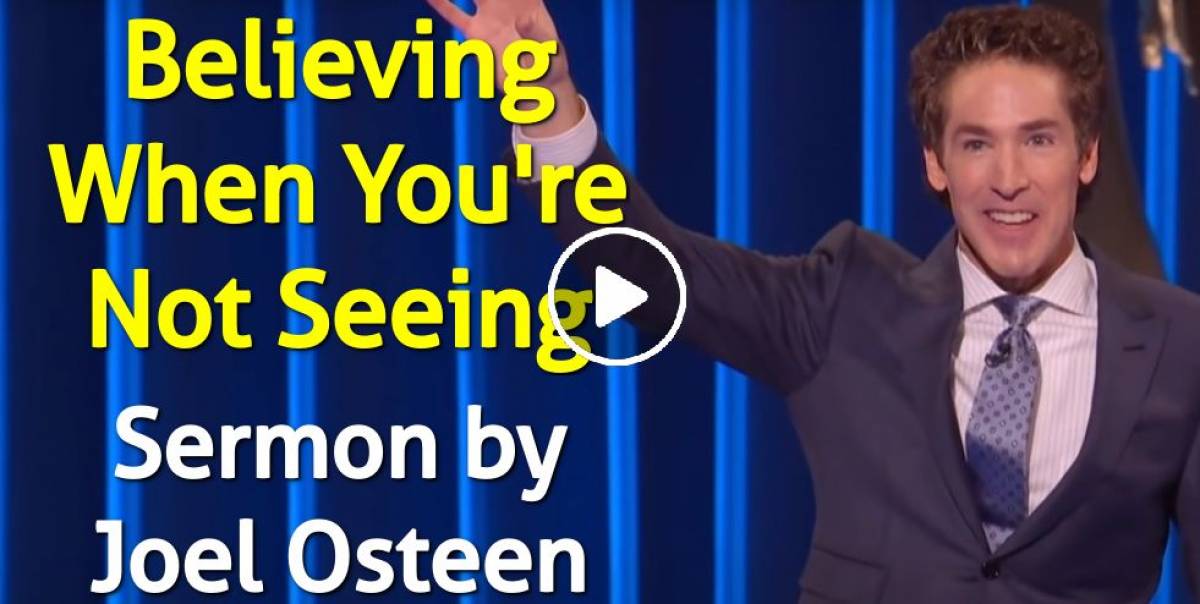