Be Faithful Where You Are - Joel Osteen Motivation (December-02-2019) 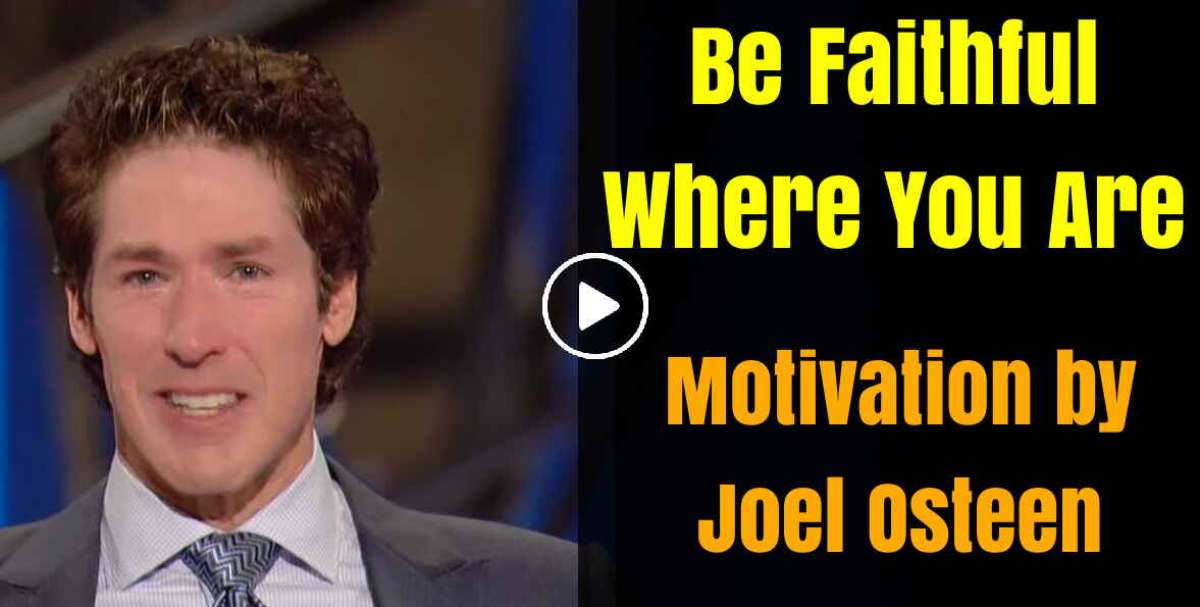 Joel Osteen (December-02-2019) Motivation: Be Faithful Where You Are. Have you been afraid to step out and do something new because you don’t know how it’s going to work out? Joel wants to show you how to let go of fear, and instead, take that new step relaxed and in God’s peace.