Today’s Scripture: Matthew 20:9, NLT - When those hired at five o'clock were paid, each received a full day's wage.

Today’s Word: Jesus told a parable in Matthew 20 about a landowner who hired laborers to work in his vineyard. He hired the first group at nine in the morning, and they agreed to work for a full day's wage. He hired other groups around noon, three in the afternoon, and five o'clock. That evening, the owner, who represents God, paid every worker a full day's wage, even those who only worked one hour. Some workers complained that it wasn't fair. The owner said, "I paid you what we agreed. It's my money. Don't fault me for my kindness."

You may feel that you've started late, that you missed some opportunities and made some mistakes, but God is not cutting your pay. If you just show up and do what you know you're supposed to do, He will release all those past wages He has stored up--the blessings, the favor, the mercy, the healing, the freedom. It's just the goodness of God. Receive it today. You'll still receive all that He promised.

Prayer for Today: Father, thank You for Your goodness and kindness and the many blessings You have stored up for me. Thank You that when I keep You first place and honor You that blessings will be released no matter if I have started late. I believe I will receive all that You have promised. In Jesus' Name, Amen 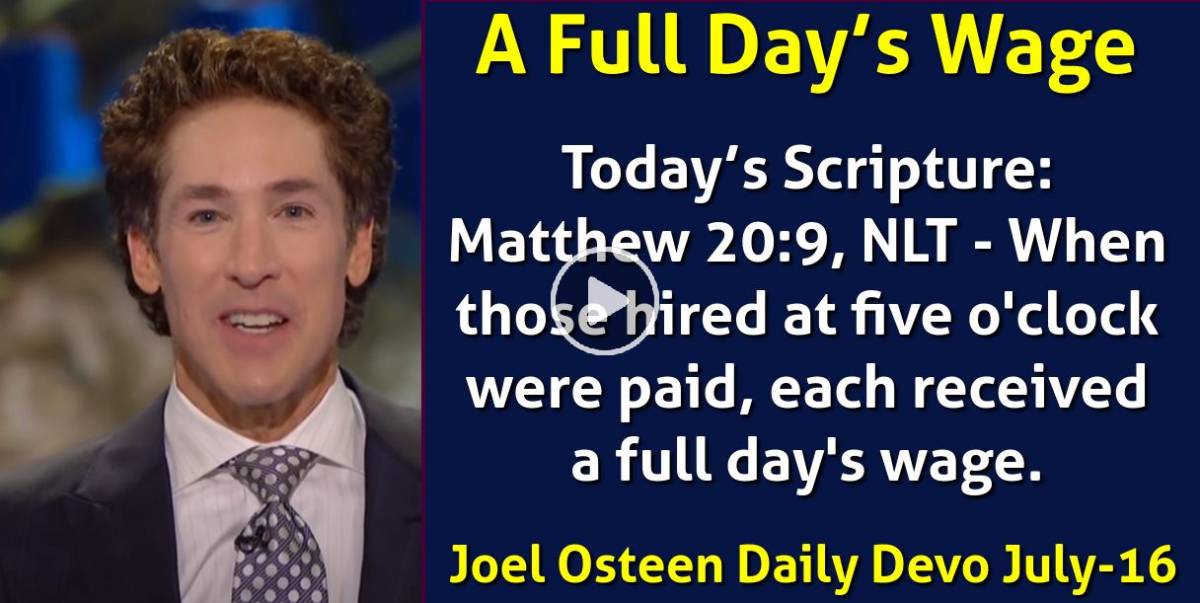