TODAY'S SCRIPTURE: But you are a chosen people, a royal priesthood, a holy nation, God’s special possession, that you may declare the praises of him who called you out of darkness into his wonderful light. 1 Peter 2:9, NIV

TODAY'S WORD: We are living in a day where it’s acceptable to compromise standards, to take the easy way out and not have integrity, to do what everybody else is doing, to go where everybody else goes, to think like everyone else thinks. It’s common. Complainers and compromisers are a dime a dozen. It’s normal. But God did not create you to be common.

PRAYER FOR TODAY: “Father, thank You for setting me apart to be Your special possession, to be one of Your chosen ones, to be uncommon. Thank You that I don’t have to let society squeeze me into its mold. I want my life to stand out as one who brings You praise. In Jesus’ Name, Amen.” 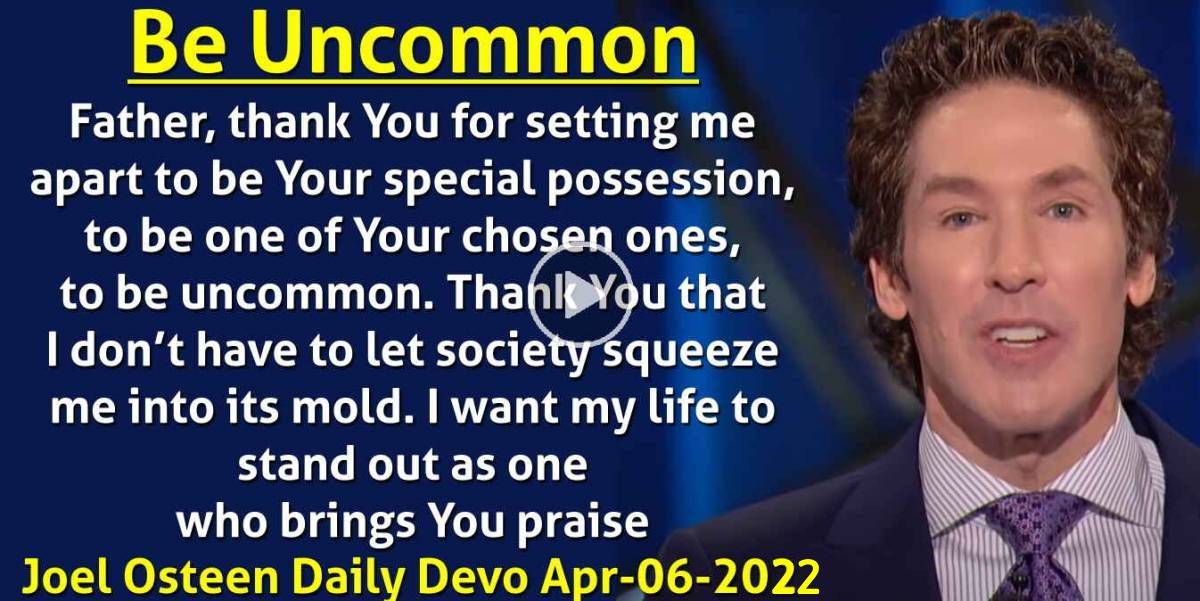