Today’s Scripture: 2 Kings 18:5–7, NIV - Hezekiah trusted in the LORD, the God of Israel. There was no one like him among all the kings of Judah, either before him or after him. He held fast to the LORD and did not stop following him...And the LORD was with him; he was successful in whatever he undertook.

Today’s Word: Hezekiah's father was King Ahaz of Judah, who set up idols for the people to worship and closed the doors of the temple. He didn't honor God, and the nation went downhill and became very poor. Hezekiah was raised in an environment of compromise, defeat, and mediocrity. He could have turned out like his dad and adapted to that environment, but when he became king, the first thing Hezekiah did was to reopen the temple. He turned the nation back toward God.

You may be in some kind of limited environment. If Hezekiah were here today, he would tell you, "You can break out of the mold. You can be the difference maker. You can be the one who sets your family on a course to honoring God, a course of blessing, favor, and victory." Recondition your mind, start thinking better, believing that you're a can-do person, knowing that you have seeds of greatness, and you too will break barriers that you thought were impossible. 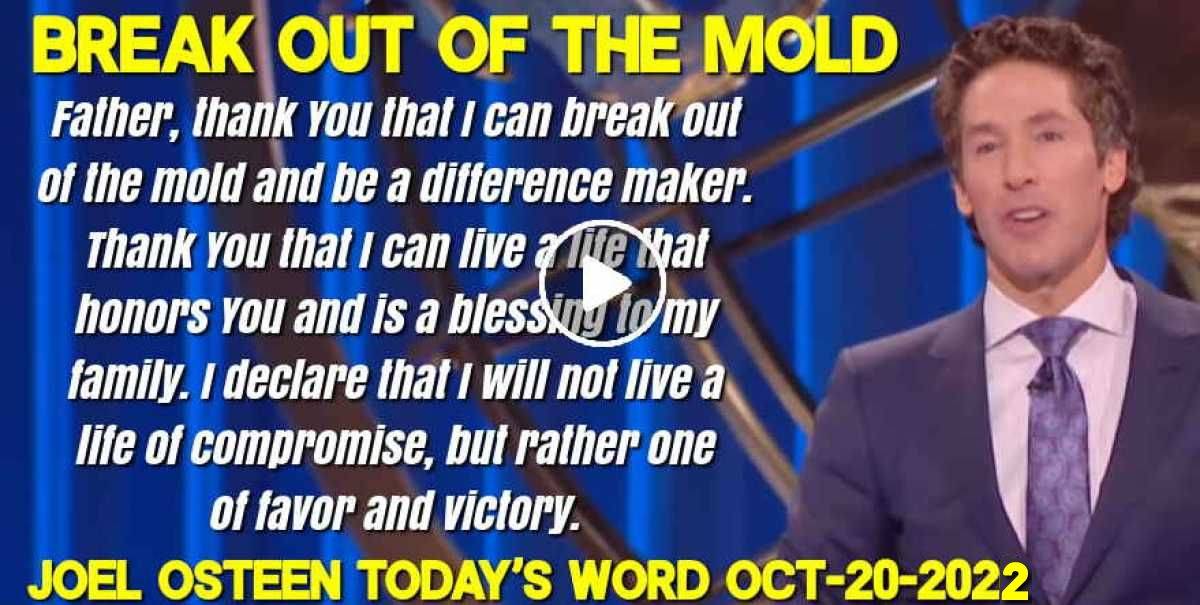