TODAY'S SCRIPTURE: For the weapons of our warfare are not carnal but mighty in God for pulling down strongholds. 2 Corinthians 10:4, NKJV

TODAY'S WORD: Scripture tells us that there is a battle going on in our minds. Our thoughts dictate our actions. That’s why the enemy will do everything he can to get you thinking in the wrong direction. Sometimes it’s not our own thoughts that are holding us back; sometimes it’s that we’ve believed the negative things that other people have spoken over us. Those words are like seeds. If you dwell on them long enough, they’ll take root and become a reality. In life, there will always be people telling you what cannot be done, speaking negative things. Too often we latch on to those negative words and develop what the Scripture calls a “stronghold.” It’s a wrong thinking pattern that keeps us imprisoned in defeat and keeps us from God’s best. The way you break those negative strongholds is by rejecting the lie and embracing the truth of God’s Word. In other words, you have to choose to delete that negative file in your mind. Today, why don’t you take inventory of your thought life? Ask yourself, “Where did these thoughts come from? Do they line up with what God says about me?” Break the negative strongholds and embrace God’s truth so you can be all that God has called you to be! 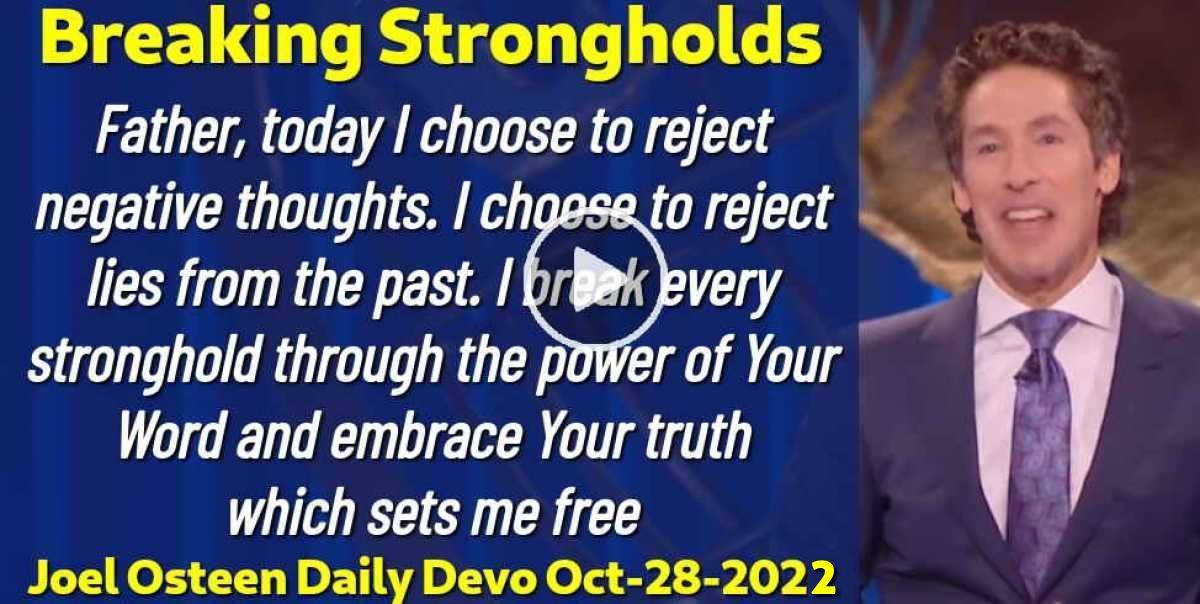