TODAY'S SCRIPTURE: ...God…calls those things which do not exist as though they did. Romans 4:17, NKJV

TODAY'S WORD: Very often, we see potential in other people that they haven’t see in themselves. When you speak vision into them, when you tell them what they can become, you can help set the direction for their life. Your words have the power to push people into their divine destiny. I believe that the reason some people are not living at their full potential is because no one has ever spoken faith into them. No one has taken the time to say, “Hey, you’re great at this. You have a gift here. You’re going to do something amazing!” I believe that one of our assignments in life is to call out the seeds of greatness in other people. Look around at who God has placed in your life. They’re not there by accident. Take time to study them. See what they’re good at. What are their gifts? What do they excel at? Don’t just think about it, speak vision into them. Tell them what they can become. Let your encouragement ignite the greatness on the inside. Help them rise up in confidence so they can be all God has called them to be!

PRAYER FOR TODAY: Father, thank You for the people You’ve placed in my life. I choose to be faithful, to speak life and call forth the greatness in them. Thank You for bringing me to new levels as I help others rise higher, too, in Jesus’ name. Amen. 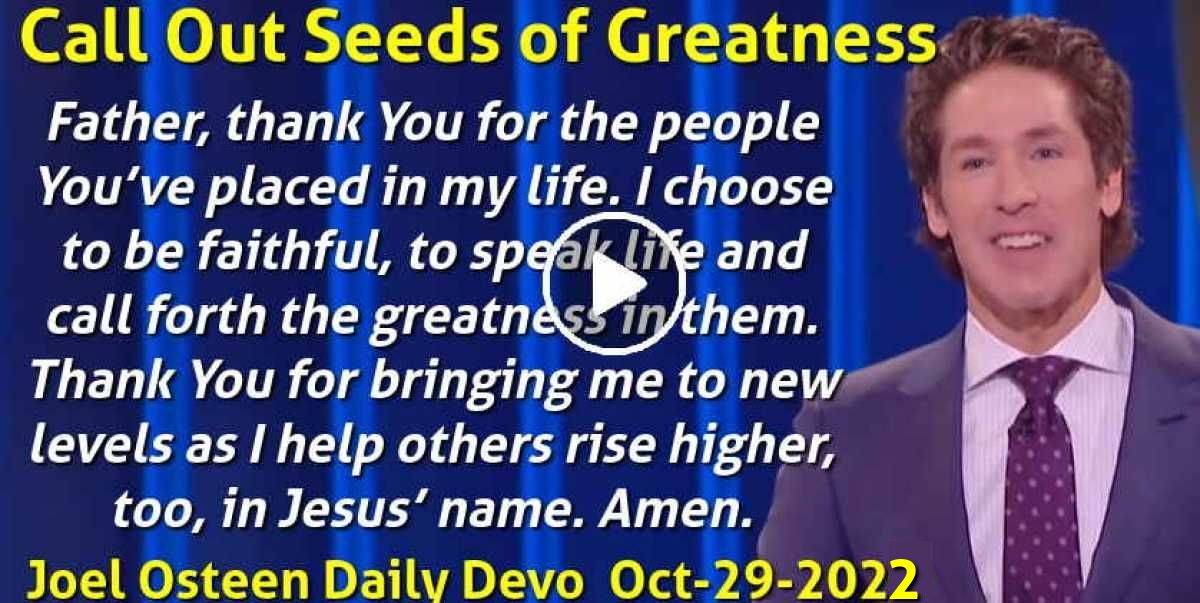