Today's Scripture: “Rejoice greatly, Daughter Zion! Shout, Daughter Jerusalem! See, your king comes to you, righteous and victorious, lowly and riding on a donkey, on a colt, the foal of a donkey.” Zechariah 9:9, NIV

Today's Word: In Matthew 21, Jesus told two of His disciples to go into a village and they would see a donkey and colt tied up, which they were to bring to Him. If anyone asked them about it, they were to say, “The Lord needs it.” Jesus got on the colt and rode it into Jerusalem where the people put palm branches on the ground before Him. As Jesus passed by, they shouted, “Hosanna! Blessed is He that comes in the name of the Lord!” This was all prophesied by Zechariah hundreds of years earlier.

The disciples had thought they were just running an errand. They didn’t know they would be involved in the fulfillment of God’s prophetic word. As with them, God is orchestrating what He ordained for your life to come together. He is lining up exactly what you need. We can’t see it at the time, but when you’re routinely going through your day, there will be destiny moments when He makes things happen that you couldn’t make happen.

A Prayer for Today; “Father, thank You that in the routine of my ordinary days You break in with these destiny moments that change everything. Thank You that You’re orchestrating what You’ve ordained for my life to be fulfilled. I believe that even now You’re lining up what I need. In Jesus’ Name, Amen.” 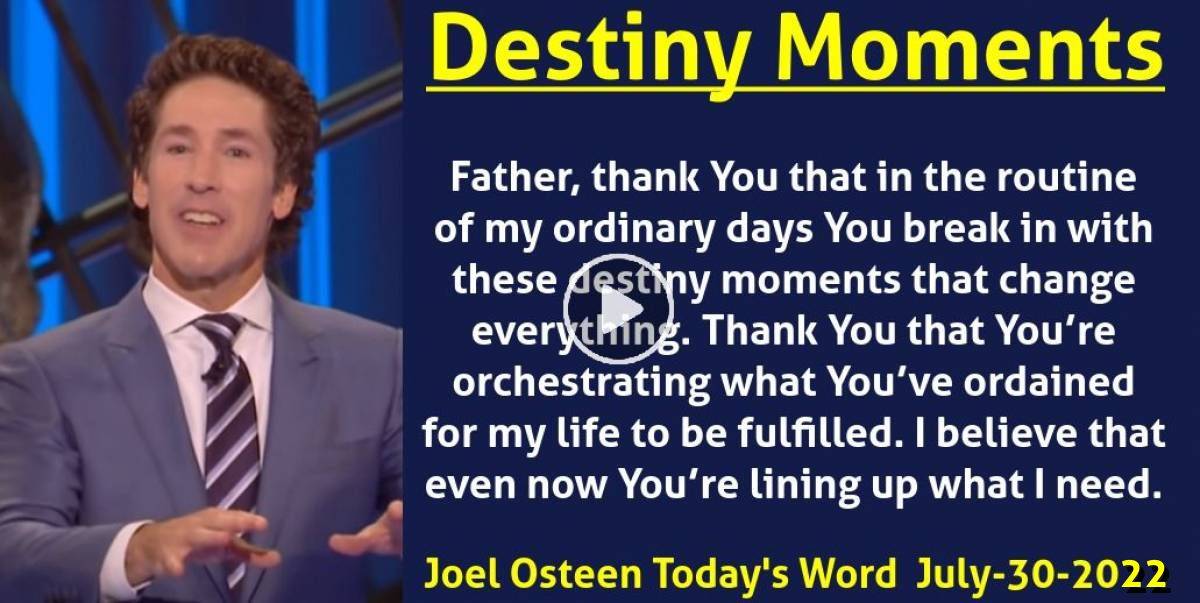