Today’s Word: Even after Lazarus had died and been in the tomb for four days, Jesus said to his grieving sisters, "Did I not tell you that if you believe, you will see the glory of God?" They soon saw a resurrection. You may be facing a sickness, and you're worried. God is saying, "Did I not tell you that I will restore health to you, that by My stripes you are healed?" You have to start thanking God for what He told you instead of focusing on what you see.

When you're under pressure, it's so important to dwell on God's promises. Maybe you're discouraged over how long your dream is taking. God is saying, "Did I not tell you that what I started I will finish?" When people with more influence at the office are trying to push you down, God is saying, "Did I not tell you I will fight your battles for you?" When you remember what God says, fear, doubt, and worry cannot stay, and faith will rise in your heart. 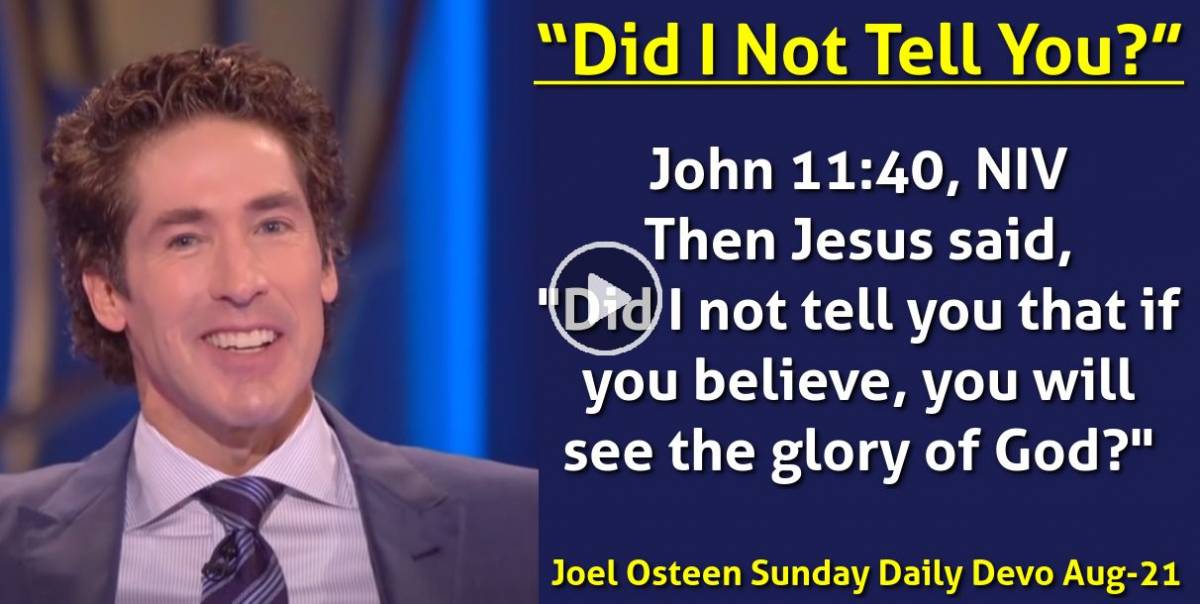