TODAY'S SCRIPTURE: “Thus says the LORD: ‘Make this valley full of ditches.’ For thus says the LORD: ‘You shall not see wind, nor shall you see rain; yet that valley shall be filled with water, so that you, your cattle, and your animals may drink.’” 2 Kings 3:16–17, NKJV

TODAY'S WORD: The armies of Judah and Israel had traveled through the desert for seven days on their way to a battle when they completely ran out of water. Fearing they were doomed, they sent word to the prophet Elisha, who told them to dig ditches throughout the valley to prepare for the coming water. Though it never rained there, Elijah was saying, “It’s going to happen supernaturally. Just dig.” So they did, and the next morning, out of nowhere water flowed into the valley.

Every time you’re discouraged and don’t know how a promise from God is going to happen, you need to dig a ditch. When the medical report isn’t good, say, “Father, thank You that You’re restoring health to me. It’s just a matter of time before the breakthrough shows up.” If you do your part and keep digging the ditch, God is saying, “I’ll do My part and bring the water. I’ll show you favor and open new doors.”

PRAYER FOR TODAY: “Father, thank You that Your favor is available to me every day. I turn my heart toward You, knowing that You will fulfill Your promises to me. I declare that I am trusting You to send the water and make happen what I could never make happen. In Jesus’ Name, Amen.” 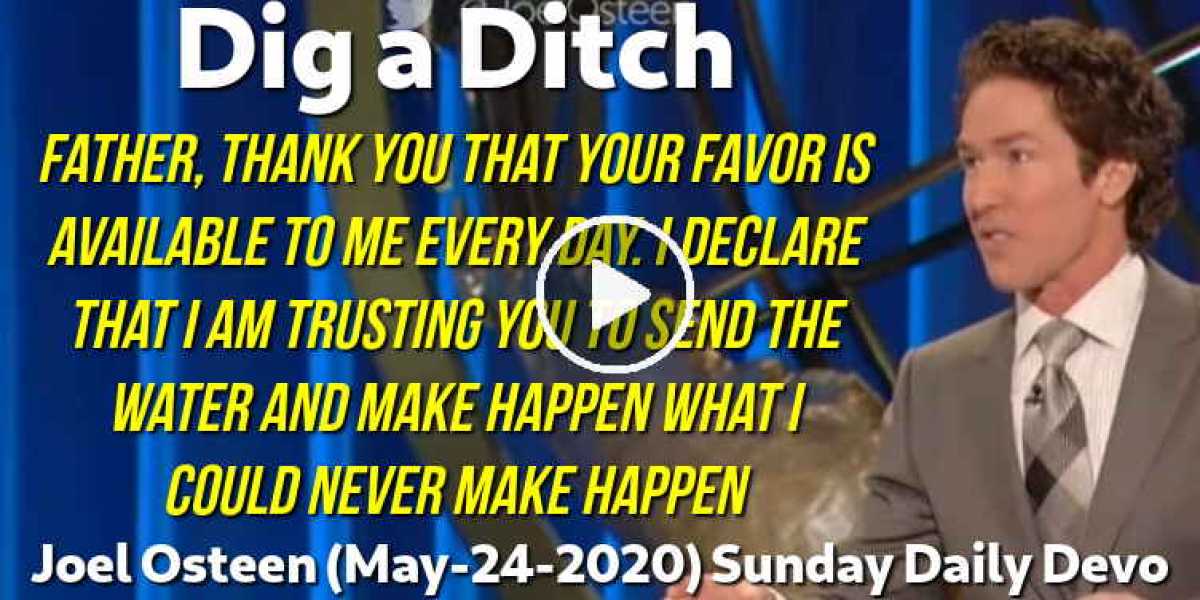