Today’s Scripture: Judges 7:2, NIV - The LORD said to Gideon, "You have too many men. I cannot deliver Midian into their hands, or Israel would boast against me, 'My own strength has saved me.'"

Today’s Word: An enemy army of one hundred and thirty-five thousand men was about to attack Gideon's army when God instructed Gideon to reduce his troops from thirty-two thousand men to ten thousand and then to only three hundred men. Gideon nearly passed out. These odds seemed impossible. But Gideon didn't realize that God was setting him up to show out in his life with a great victory.

Don't be surprised when you find yourself in situations where it feels as though the odds are against you. You don't see a way out. God puts you there on purpose so that when He turns it around, everyone will know it is the hand of the Lord. When your circumstances seem impossible, instead of being discouraged and thinking, God, why me? get ready. You're in perfect position for God to show out in your life and take you to the next level. He is setting you up to show His favor in amazing ways.

Prayer for Today: "Father, thank You that when the obstacles in my way look bigger, stronger, and more powerful than I can handle, You turn what look like setbacks into setups. I believe that You're about to make things happen that I could never make happen and in amazing ways. In Jesus' Name, Amen." 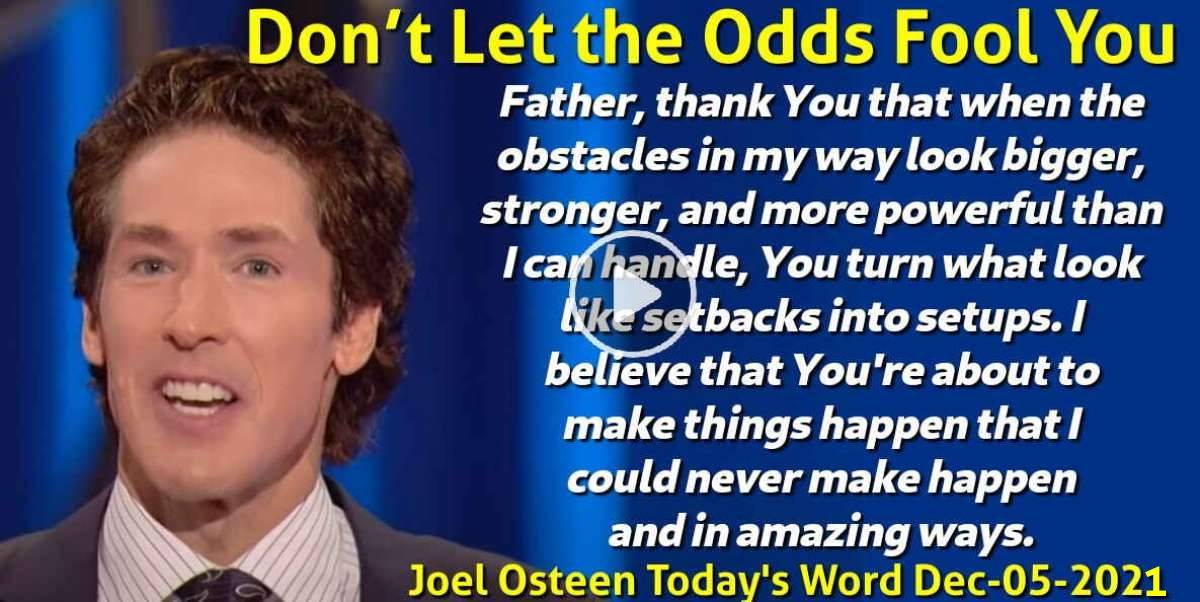