Today's Word: In 1 Samuel 17, when David was in the shepherds’ fields, his father told him to take a provision of food to his brothers who were serving on the battlefield. David could have said, “Samuel anointed me to be the next king, and now you want me to be an errand boy to brothers who disrespect me? I don’t think so.” If David had been too proud to serve others, to do what seemed insignificant, he wouldn’t have heard Goliath’s taunt, slain the giant, and made it to the throne. It was a test he had to pass. Had he not been faithful to do the small, he would have missed his destiny.

If you’ll be faithful in the small that God is asking you to do, He will trust you with more. Once you do the insignificant thing, the thing where you might have to humble yourself and serve somebody who doesn’t treat you right, then the door will open to the big thing. Pass those tests. It’s getting you prepared.

Prayer for Today: “Father, thank You that Jesus humbled Himself, came to earth, and became a servant that He might redeem us. Help me to humble myself and serve others as He did. Thank You for Your promise that if I am faithful in the small things, You will trust me with more. In Jesus’ Name, Amen.” 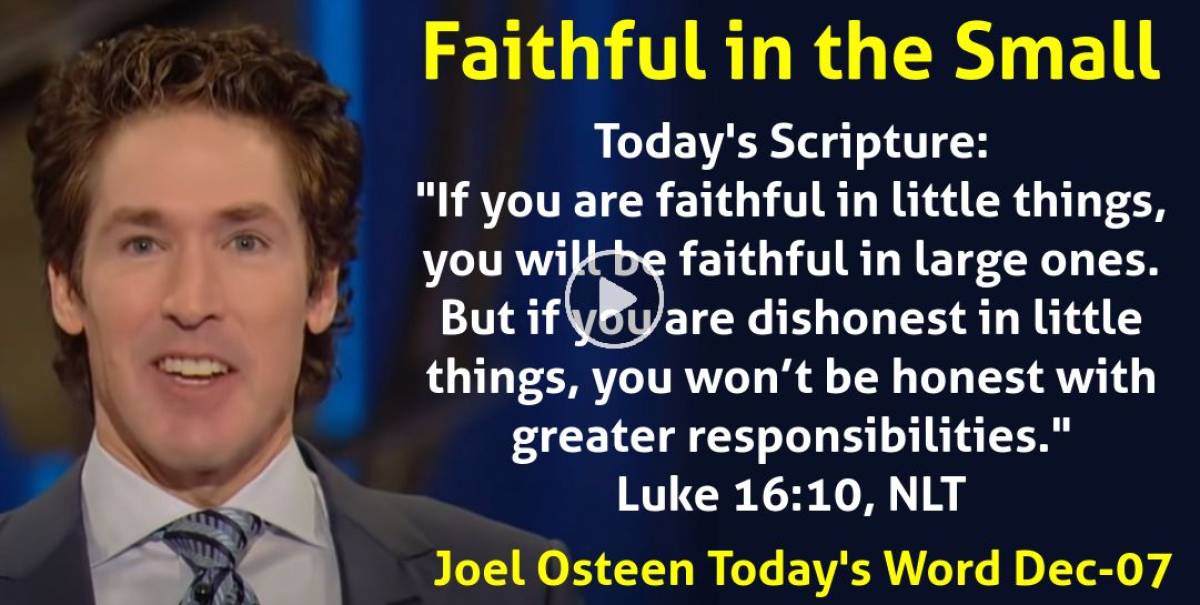