Today’s Scripture: Psalm 73:16–17, NIV - When I tried to understand all this, it troubled me deeply till I entered the sanctuary of God; then I understood their final destiny.

Today’s Word: The writer of Psalm 73 was struggling to understand why God was allowing the people who were coming against him to prosper. He was discouraged. Yet he tells how in the sanctuary, he got a new perspective. He heard people thanking God and telling of His goodness. When he got around people of faith, people who knew that God was in control, that spirit of defeat and depression couldn't stay. A few verses later, he was making bold declarations of faith.

There are some breakthroughs that are only going to happen when you are in the house of the Lord. Your faith alone may not be enough. That's why God has ordained you to be in a community of faith, and why you need to get plugged into a good Bible-based church. Together, we're better. Together, we're stronger. There's power when your faith is connected to other believers' faith. Before long, instead of a small faith, you have mountain-moving faith. You're going to bloom, blossom, and flourish in the house of the Lord.

Prayer for Today: Father, thank You for the power and breakthroughs in understanding that are released when I'm connected to others. Thank You that You ordained me to be in a community of faith so that my faith can be joined to others' faith. Help me to get plugged in and see faith grow to the moving of mountains. In Jesus' Name, Amen 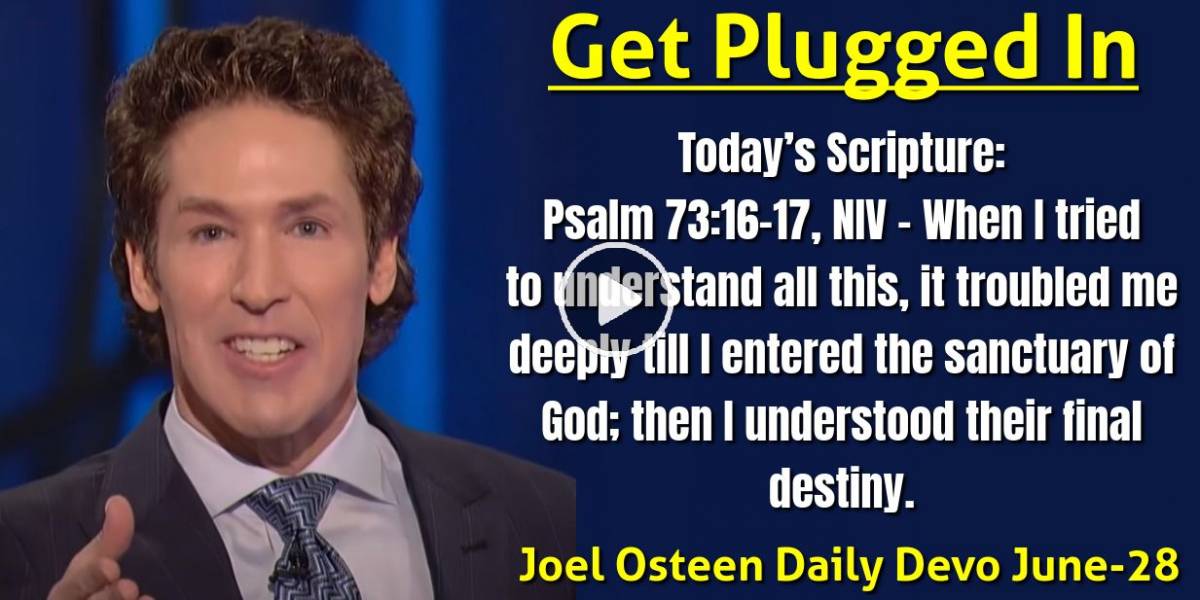