Today’s Scripture: John 5:5, AMPC - There was a certain man there who had suffered with a deep-seated and lingering disorder for thirty-eight years.

Today’s Word: The man in John 5 is described as having a "lingering disorder." It's not just a physical condition; it's when we dwell on the negative things of the past and make excuses to settle where we are. When Jesus asked this crippled man, "Do you want to get well?" the man responded with one excuse after another for why he hadn't been healed. Those excuses had become a crutch. Jesus responded in effect, "If you're serious about getting well, get up!"

How many of us would get out of defeat, mediocrity, and bad habits if we quit making excuses, quit feeling sorry for ourselves, and start pressing forward. We've all had unfair things happen that we can allow to become lingering disorders. But God is saying to you, "If you're serious about getting well, you have to get up in your spirit, in your attitude, and in how you talk." God's waiting on you. When you get up, so to speak, you'll see things begin to change.

Prayer for Today: "Father, thank You for the power You have given me to release any old thinking, old habits, any excuses, and any lingering disorder that would keep me from being my best. I am serious about getting well by letting go of the old and embracing the new. In Jesus' Name, Amen." 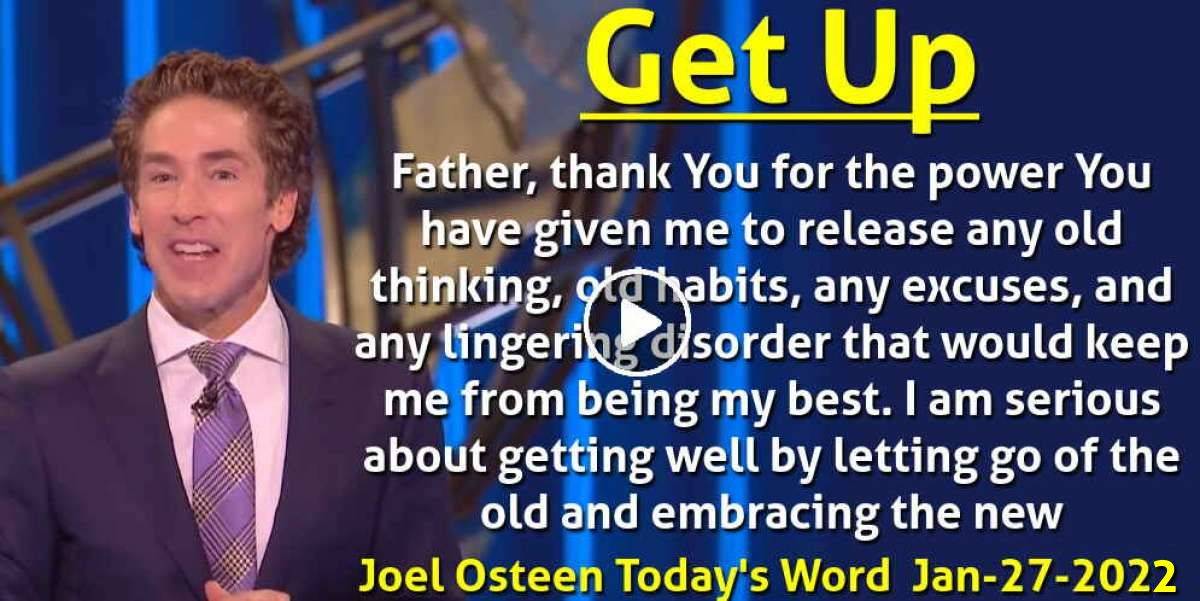