TODAY'S WORD: In the Scripture, David was discounted by his family, and his job as a shepherd was considered insignificant. His family looked on the outside, but David had a heart after God. He didn’t complain or get bitter; he didn’t slack off because nobody was watching or cared. He just kept being his best where he was. And on the day the prophet Samuel showed up to anoint one of his father’s sons as the next king, it was David who was anointed over his brothers.

Just because people leave you out doesn’t mean God leaves you out. People may overlook you or judge you by your looks, your talent, or your skin color. God looks on the inside. He sees your faithfulness, your integrity. The good news is that if you keep honoring God, He’ll take you from the background to the foreground. People may try to push you down, but God will lift you up. People don’t determine your destiny; God does.

PRAYER FOR TODAY: “Father, thank You that You are not limited to seeing me as other people see me. Thank You that You see my heart, and You know my faithfulness to You. I believe that promotion comes from You, and You are lifting me toward my destiny. In Jesus’ Name, Amen.” 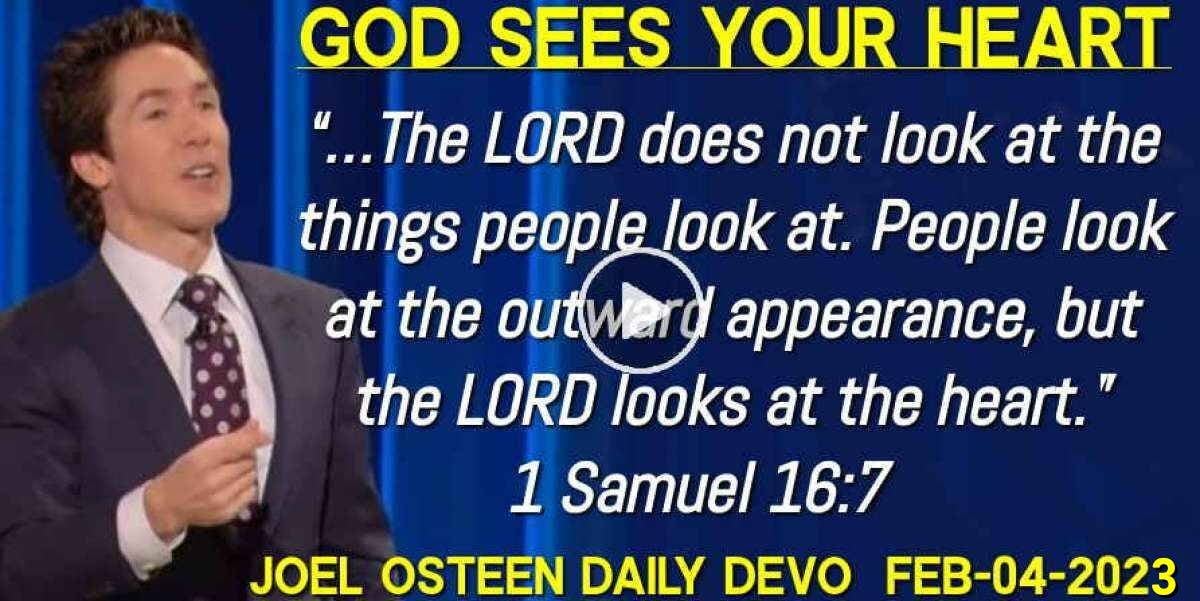